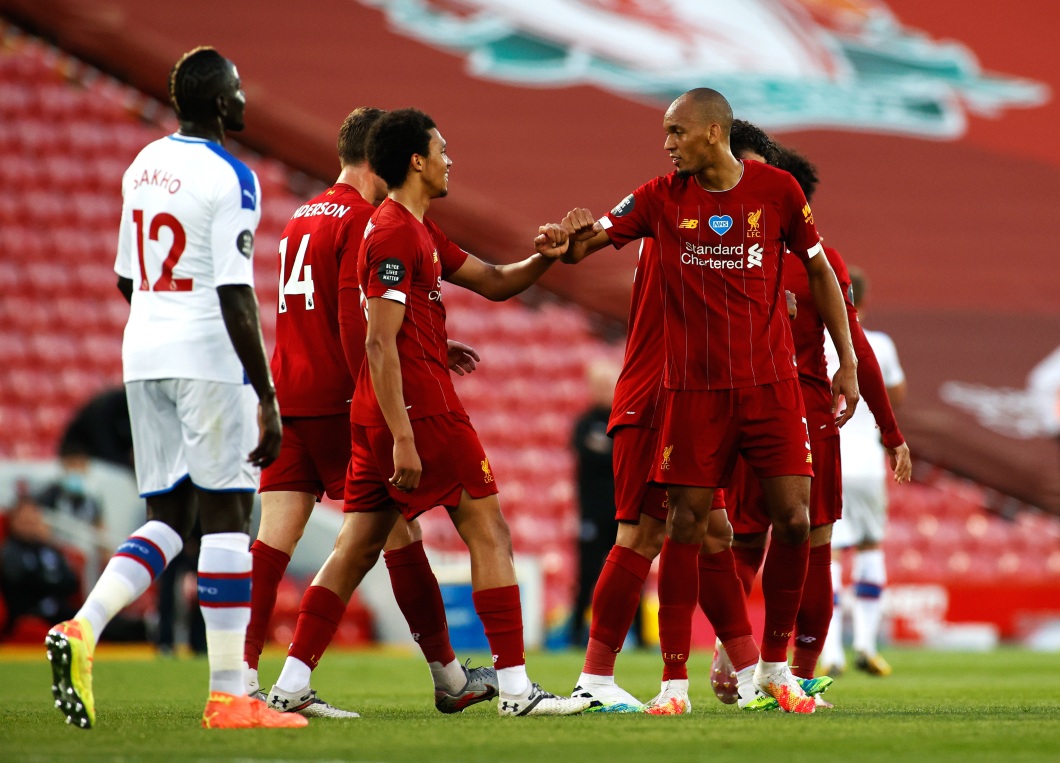 Desire is usually a fairly farcical concept for most sports. There are innumerable fans who think that X team wins because “they wanted it more.” In fact, when you look at the numbers, it’s often pretty easy to see why X team may have won and it has nothing to do with one group of professional athletes desiring something more than another group of professional athletes who are trained the same way and paid the same way and have the same expectations about their jobs (i.e. no win, no more have job.) It’s far more obvious in European football than it is in most American sports leagues, since the former has relegation, which means that not playing well may not only end up in you not having a job, but many of your best mates on the team, as well. So, no. Victory in sports is almost never about one team “wanting it more” than another.

In Liverpool’s case, the concept of desire is expressed more in the way they play from moment to moment, rather than concern about any individual game. As Chris Wilder noted in his post-game remarks after we beat Sheffield United in January, the intensity with which Liverpool plays is often superior to other teams, but that’s not born out of a greater lust for victory, but instead is simply an element of the way Jürgen Klopp wants them to play the game. You could see it today when Arlo White pointed out that Klopp was bellowing from the sidelines after a fairly casual pass from Fabinho (that’s, uh, eventual man-of-the-match Fabinho) was intercepted by Patrick Van Aanholt and taken forward by Palace. The intensity wasn’t there and so Klopp reminded Fab of his responsibilities. From that point forward, the man was a god.

But, really, it’s been about approaching every game with the same mindset: We’re going to do X and we’re going to do it better, faster, and harder than you are. Even The Hodgson is recognizing it, as he noted in his postgame remarks: “Liverpool have been excellent. The title has been in their grasp for months. Just a question of when it’s not mathematically possible for anyone to catch them. Their determination/desire tonight… even in the last five minutes, they were trying to win the ball back and score again.” It’s not a question of “wanting to win more than they do.” It’s simply a matter of: “That’s how we play. That’s who we are.” Wanting it more didn’t produce a 4-0 win. Having the better players, the better manager, and Palace trying to play a 4-5-1 with Jordan Ayew up top was the difference. And we easily could have scored eight, to say nothing of the two penalties that Martin Atkinson (Really?! No!) ignored. But Klopp pointed that out, too: “4-0 up, 87th minute, and 4 of our boys chasing one poor Crystal Palace player. That’s really, really good.”

And that brings us to the question of the moment: Would it be OK for Chelsea to extract a draw from Pep’s guys and hand us the title that we’re going to win, anyway, or would it be better to win it on the pitch? It’s almost a question of what’s heavier on the schadenfreude: Beating them at their place to secure it or them having to do the (socially distanced) guard of honor before we play at the Etihad? Personally, I’m in the former camp. I’d much rather make the statement for next season and get us that much closer to a record points total by putting City in their place (that’s, uh, second place) and finishing it with a ball at our feet, rather than watching the Russian Blues play pseudo-spoiler. But that, in itself, is a case of the desire for this team to be acknowledged as one of the best of the modern era.

0 – Crystal Palace failed to record a single touch in the opposition box against Liverpool, the first side to do so in a Premier League match since Opta have full data for this statistic (2008-09). Distancing. pic.twitter.com/RwP8BUul3E

The game. That tweet about says it all, doesn’t it? And they even squeezed in the zeitgeist label (“Distancing.”) Palace only had three shots and none of them were on target. They only really looked like a threat three, maybe four, times. Of course, they took a heavy hit when Wilfried Zaha had to leave inside of 15 minutes. But, again, trying to focus their offense through Ayew was probably a measure of what Palace and The Hodgson are up against right now. The flip side of that is Fabinho, Gini Wijnaldum, Virgil Van Dijk, and Joe Gomez. Between the four of them, they pretty much locked down the middle and turned away any vague thought that Palace had of making this an actual game. As noted, Fabialonso was kind of the star of the show, making a number of key tackles (6 successful of 6 attempted; best of the game) and completing 91 of 93 passes (98%), plus the rocket shot for the third goal and the brilliant touch pass over the top to Mo for the second. Opta, of course, was quick to point out that it was the first time Fab had gotten a goal and an assist in the same game since December 2017, for Monaco.

both deserve serious mention, as well. Mané, especially, was doing a ton of work on the left side, with his usual partner-in-crime, Andy Robertson, restored to him. One of the key troublemaking elements for a lot of our opposition is how differently Salah and Mané both approach the game; as the former tends to create trouble in the between spaces of the lines, shifting the defense out of position, while the latter uses his blazing speed and power to burst past them (as on the fourth goal.) But both are also perfectly capable of doing what the other tends to specialize in, while Bob keeps the engine humming. That’s what I loved so much about the fourth goal. Gini secured it and got it to Bob, who immediately found Salah, who then delivered a brilliant pass to Sadio who just ran it down and calmly passed it into the far corner. That’s a team goal. That’s a perfect example of Liverpool football; technically, stylistically, and performatively. That’s why we’re the best team in the league. 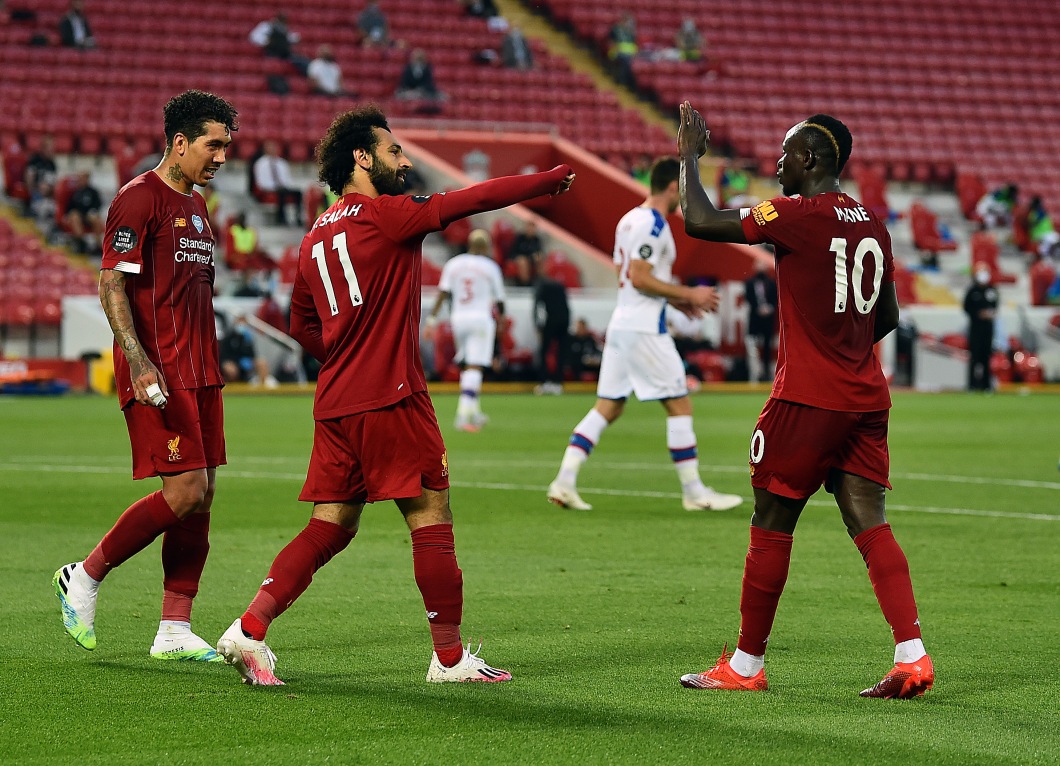 Among other little notes: 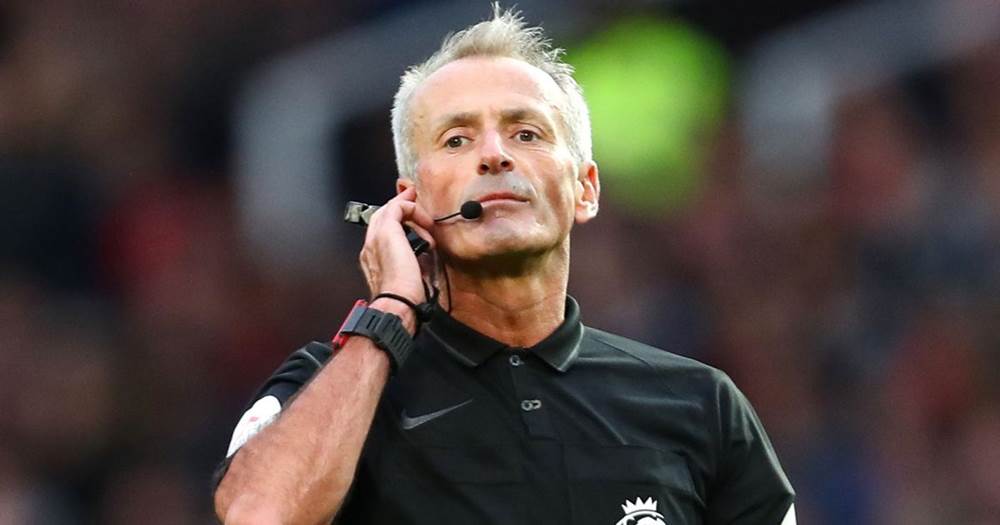 Officially pathetic. I say it could have been 8-0 above, not only because Gini missed a couple sitters and Hendo, Salah, and Bob had some good looks, but also because two fairly obvious penalties, both on Gary Cahill, weren’t called by Atkinson. The first was when both Cahill and Cheikhou Kouyaté had their hands around Virg’s waist and Cahill had a fistfull of jersey, trying to keep the big man from getting into the air for a corner. The replay on NBC showed an obvious pair of fouls, but that will basically never get called in the PL, especially by Atkinson, who usually requires blood. The second was when Bob put a ball right into Cahill’s outstretched arm. He was very close, but he was attempting to put the ball over Cahill’s head to attack the goal, and Cahill blocked that kick with his arm. Away from his body. In the box. But, of course, no calls for LiVARpool. And, ‘lest you think I’m just ragging on Atkinson for what he didn’t call in our favor, it goes both ways. Part of Fabinho’s excellent defense in this game, where he stretched those Inspector Gadget legs into balls often through his opponent, was one point where he body checked Ayew to the ground and took the ball off him. Knowing this was Atkinson, he knew he could get away with it. Amusingly, Ayew got called for doing the same thing to Virg just a couple minutes later, which set up Trent’s goal. Consistency!

So, Chelsea with the Cityzens at the Bridge tomorrow, if you’re at all interested in what vague connection to the title “race” the rest of the league has. If not, then it’s us, also with the Cityzens, eight days from now. And here I thought the accelerated schedule meant games every four or five days through July. Lame.