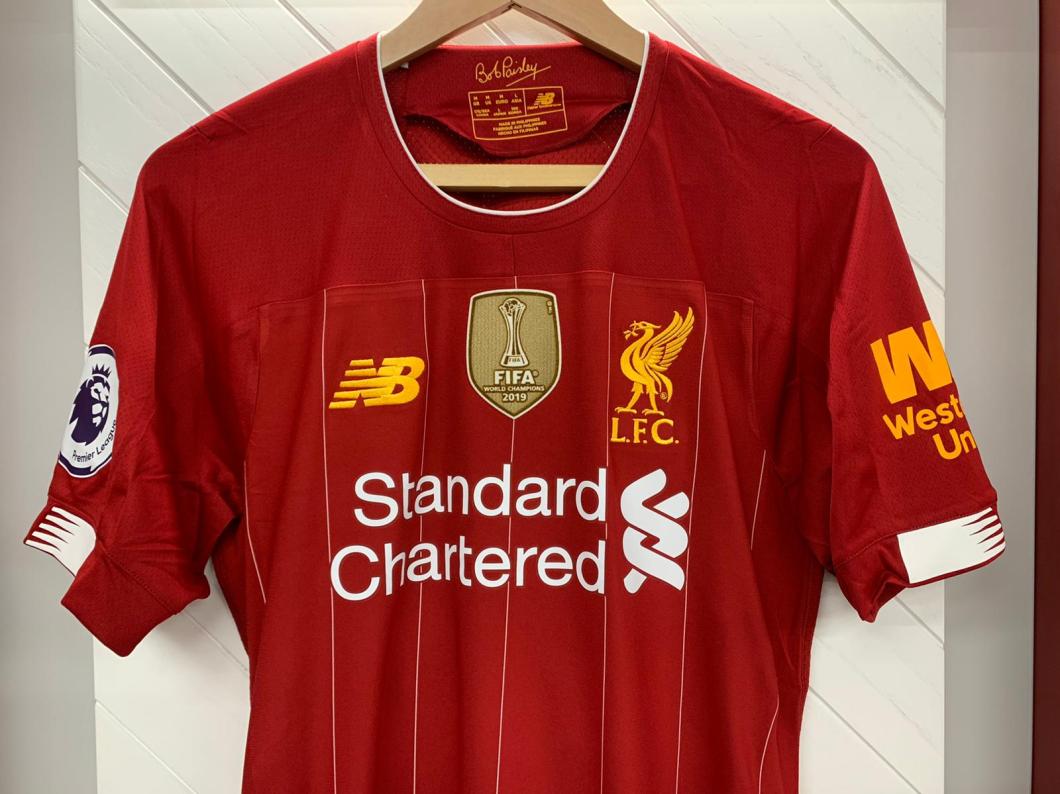 [We interrupt your regularly scheduled broadcast for a brief(?) message.]

OK. I’m gonna rant here. This is arcing past the ridiculous to the absurd. No other league where it’s currently in use has these kinds of problems with VAR. Major tournaments like, say, the World Cup have used the system successfully. I’ve mentioned here several times that I think the Premier League’s pathetic implementation of the system is a deliberate attempt to sour the public opinion on it so that they can dispense with it. I just didn’t think that they’d be this blatant about it. But there’s an old political aphorism that goes: Never ascribe to malice that which can be explained by incompetence. I’m beginning to think that’s what’s happening here. The FA and the Premier League are simply so obdurate about any change to the game (that they invented!) that they came into this situation determined that it wouldn’t affect anything about the way games proceeded or how their officials appeared. But, of course, the whole purpose of the system is to change the way games proceed and to help the officials do their jobs. So some kind of effect was impossible to avoid. In the process, they’ve simply made this system come off worse than anyone ever imagined.

There were fans that were (and are) opposed to the system, in general, because they feel that “human error” is part of the game. Well, there are millions of dollars/pounds/Euros affected by those human errors that get exposed in seconds on TV and the Internet, so I think we’d all just like to take advantage of the technology available and make sure we get it right the first time, no? Otherwise, everyone resisting it just sounds like Poe’s raven and we all sit around going mad while they just shake their heads with a “Nevermore” thrown in for good measure. Every major professional sport in existence uses some sort of replay to one degree or another: American football, basketball, hockey, baseball, cricket, rugby, and on and on. Major League Baseball are made to look like idiots on a daily basis from pitch-tracking software that their broadcasting partners use and which they refuse to embrace. The technology is here. It won’t go away. The beautiful game isn’t beautiful because it’s run by a bunch of Luddites. Since we’re all going to see the officials’ mistakes in high-def for the rest of the game’s existence, we might as well try to use said technology to help those officials do their jobs.

You know that the Premier League has been opposed to all of this from one simple example: They’ve admitted to encouraging the match officials to not use the pitchside monitors for fear of “disrupting the game.” You know what else disrupts the game? Everyone standing around for five minutes while a bunch of guys a couple hundred miles away slow things down to a frame-by-frame analysis and then explain it back to the match official. In less than half that time, he could’ve walked to the monitor, seen things for himself, and either confirmed or changed his decision. Game on. This is the way it worked in the World Cup (to everyone’s vociferous approval.) This is the way it works in Italy. This is the way it works in Germany. This is the way it works everywhere but England! Why? Because the Luddite idiots who run the FA and the PL think they know better than everyone else (probably because they invented the game!)

The game today against Wolves had two perfect examples of how the system should be used and how it shouldn’t be used. Mané’s goal was the first one. Anthony Taylor the Execrable called handball on Lallana and waved it off. VAR showed he was wrong and corrected his decision. Success! The official was helped in doing his job and a goal was scored. That success could have taken less than a minute if he’d run over to the monitor and made the correction himself, but OK. Then the darkness descended. Neto’s goal was waved off by an offside in the buildup. But that call wasn’t made on the field and shouldn’t have been made by VAR. If you have to slow an offside call down to a single frame and magnify it so you can see the pixels of a high-res image, then the attacker is not offside. End of story. Common sense should be applied. The same common sense should have been applied to Firmino in the Aston Villa game and Mané in the Watford game. It also should have applied to a couple dozen other examples littering the Premier League this year. Conducting these “offside by millimeters” checks is only serving to turn more people against the system who would otherwise be supporters (leading me to my assumption of malice.) FIFA even recommended the use of the monitors and some degree of variance in offside checks last month, because FIFA may be endlessly corrupt but they’re generally not stupid. The jury is still out on the Premier League. /rant

Oh, yeah. There was a game today. Yikes. What a struggle. Wolves have become mildly terrifying. They had a hard time adjusting to midweek games in the Europa League early in the season, but have since gotten their house in order and turned the Portuguese machine on full blast. In the process, they’ve made it to 7th in the table (just one point behind… fifth-place… ManU? Waitaminnit. How the hell did that happen?) and the knockout rounds of the EL. They also went toe-to-toe with us at Anfield after we’d just demolished the second-placed Lesters. And less than 48 hours after they’d flipped the tables on the reigning champions, City. Seriously. They’re gonna be good; not least because they have billionaire owners who’ve figured out how to build a team without violating FFP on an hourly basis. Who knew?

Liverpool’s play was up and down. As the above graphic from @Caley_graphics will stipulate, we didn’t finish like we should have. Salah should’ve had a tap in from Robbo in the 4th minute (the big red square up there) and Firmino and Gini missed solid headers later in the game. It might’ve been a situation where VAR wasn’t even a concern. The other issue was that Wolves did a decent job of turning our own play against us, with some great passes from their back line and midfield putting Gomez and Trent on the ropes. They consistently probed our right side throughout the game, until Traore was subbed on with 20 minutes to go. After discovering that Mané was going to follow him like a conjoined twin, they shifted him to the other side of the field to try to press Trent again for the last 10 minutes or so. But that’s not Traore’s natural spot and it was more difficult for him to operate there.

Meanwhile, Klopp kept Hendo at the 6 and gave Lallana a run at the 8. He did well, being a disruptive force in the midfield and keeping Neves and Moutinho busy and generally trying to take the overloads out of Wolverhampton’s 3-5-2. Thankfully, we play everyone so high that said overloads don’t really materialize, since their wingbacks are constantly having to fall back to cover, so that formation doesn’t work as well against us as it does some other teams. Still, I’d much rather have Keita or Ox there.

That said, Gomez was killin’ it today. He had to put his speed to the test a number of times and was always in the right spot, even when one of those pinpoint passes tried to catch him out. That’s the fifth straight clean sheet in the Premier League since his return to full health. He’s back to the form he had at the start of last year and I’d like to be no longer pining for the return of Joel Matip. That said, I’m still pining for Matip because I’d like it if Joe and Virg didn’t have to play every minute of every game. (Mildly on this topic: Fabinho was at Anfield today without crutches, so, yay.) We have brought Nat Phillips back from Stuttgart for the month of January, at least (Stuttgart was hoping for a permanent sale by the end of January) but I’m betting that might be for the FA Cup dates, so that we can rest our CBs for at least one game. Of course, our first date in the competition is against the Ev and Carlo (Fuck you, Carlo) who have no other competitions to pursue, so they’ll probably want to bring the house, which means we have to decide whether to play the competition for real or play the kids. I’m kinda ambivalent. It would be cool to do the treble, since only ManU has done it before. But, whatevs.

2.65 – Liverpool end 2019 having earned 98 points from 37 Premier League matches; their ratio of 2.65 points per game is the second highest ever achieved by a team in a single year in the competition, behind only Chelsea’s 2.66 in 2005. Zenith. pic.twitter.com/8OBh8qOvSs

Settin’ records. That’s 308 PL appearances for Jordan Henderson; the most for any Liverpool player in the past decade. Not bad for someone who was going to be dumped off to Fulham. Also, that means Liverpool finishes 2019 undefeated at Anfield in all competitions.

OK. A couple more gripes. (Sorry.) This schedule seems like it gets worse every year. We got massively lucky only having to play every three or four days, instead of a couple games in less than 48 hours like City and Wolves and a few other clubs. It’s insane. Even as a fan of the game, there’s just too much. Also, Anthony Taylor games are almost always brutal. The inconsistency on foul calls, most of which seemingly don’t even get called unless there’s blood or the potential for severe injury, is just ridiculous. If anything, he’s worse than Atkinson, which is saying a lot. I’d be more than happy to never see his shiny dome walking around our red shirts again.

Next time, Chris Wilder and his amazing Sharp Utensils return to Anfield for the first time in 13 years. They’ve been down to League One and back in that time. I’m old. Oh, and if anyone starts carping about LiVARPool or something else inane, just feed’em this tweet: