The moments of effort

I’ve been writing for a long time. I started “writing” when I was a kid playing RPGs, where I’d create worlds for my friends to experience. Then I decided I’d read enough of the same, old comics and started writing my own and eventually helped run/co-owned/something a comic studio for much of the 90s. I’d also written a number of short stories by then and was a regular participant on rec.sports.soccer back in the day. If there was an argument to be had about where God or McManaman or Barnes ranked in the PL, I was probably in the middle of it. But I stuck mostly to message boards and the newsgroups. When “blogging” became a thing in the mid-00s, I kind of missed the boat, even as I became friends with a few people who were notable writers on the sports scene, like Brian Cook of MGOBLOG. I probably could have started writing about LFC around then, but I had just descended from a political effort that was essentially me working two 40-hour/week jobs and only getting paid for one of them. I supposed I would have been inspired to write about Istanbul, at least, but I was pretty drunk that night, first for misery and then in absolute joy (and semi-astonishment. How does Jerzy make that save? Shevchenko was so good…) And then, to be completely honest, there were times that I really didn’t like our football under Rafa. Sure, 2007-08 and 2008-09 were exciting seasons and in the latter one, we were a machine, at times. But there were a lot of aggravating periods. And then the dark times descended…

But even when they lifted with ’13-’14 and then Jürgen Klopp’s arrival, somehow I still wasn’t compelled. I was writing many other things, but not about football; not about Liverpool, which is really the only sporting interest I have left. So I finally kickstarted things last year and now here we are. And, suddenly, the long wait is over. 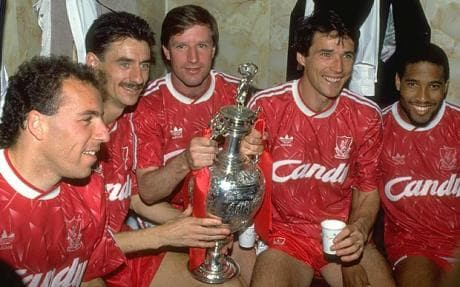 I look at that picture of Ronny Rosenthal, Rushie, Whelan, Hansen, and Barnes and try to contextualize what my predictions for that squad would have been at that point. It wasn’t old. In fact, it was one of the best in Europe and probably would have proved it if we’d been able to compete at that time. Barnes scored 22 in the league that year. But then the aftershocks of Hillsborough set in for Kenny and the PL was formed and United took off and stuff happened and life moves on and the years ago by and… well, here we are. 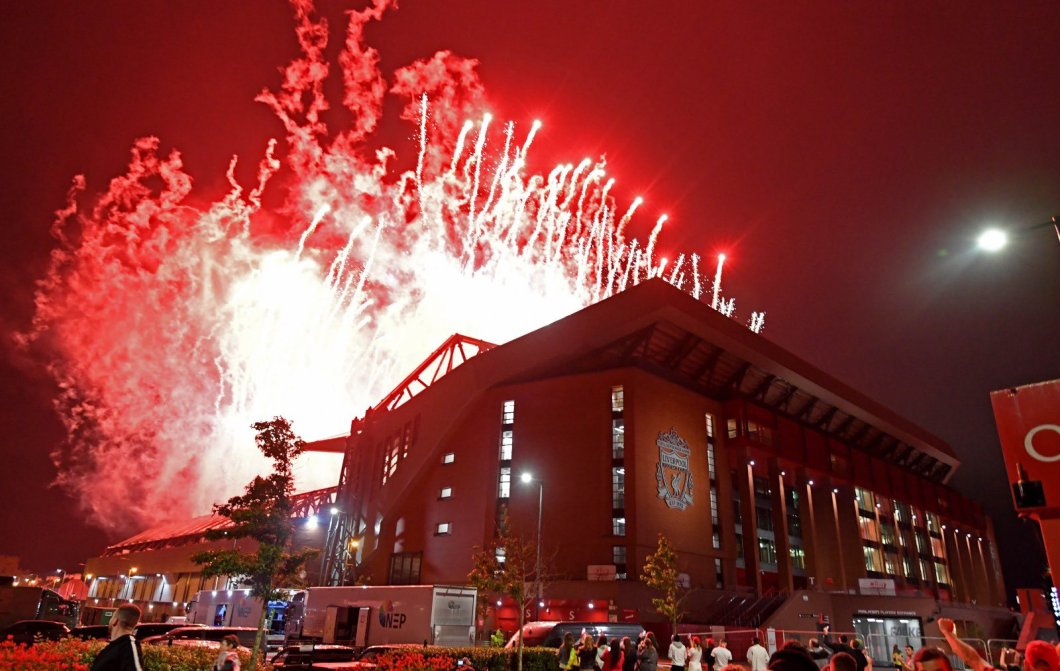 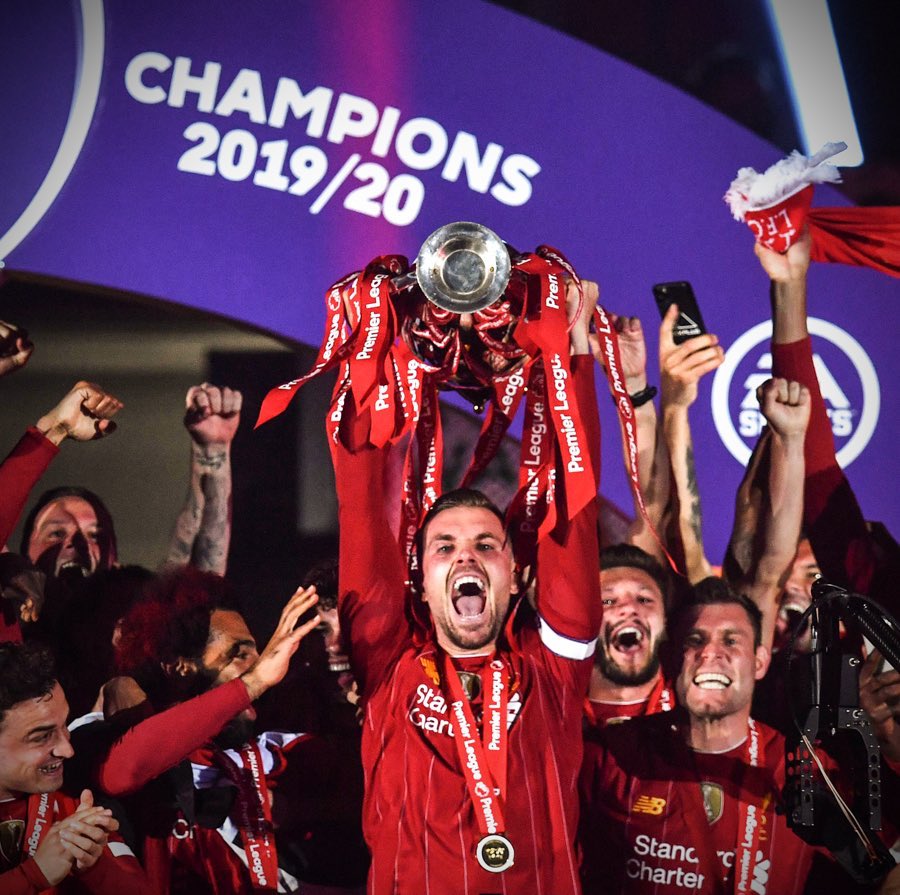 Yeah. That’s the stuff right there. My only real pang of disappointment is that Stevie couldn’t be there tonight to see it happen, since this is the culmination of the dream that he kept alive for so long. And it’s that kind of effort that finally, ultimately, eventually pays off, one way or another, regardless of avenue. Right now, of course, I feel like I could keep writing for a long time about this stuff. I mentioned to Tricia tonight that I had to sit down and write about the event that I’d been waiting thirty years for and she said: “But you already wrote about it…?” Well, yeah. But I’ve been waiting thirty years of my life for this to happen again when it used to happen basically every year. Somehow, that seems like a moment to be appreciated. Maybe even more than once. Those are the times that follow the endless moments of effort to get you to that point. That’s true with writing as it is with so many other things. Sure, there are days when it feels pointless. I’ve wondered many times if anyone was reading my stuff at all, to say nothing of actually enjoying it. But the thoughts are in your head and you have to respond to them somehow. No one around here wants to listen to me talk about them and the newsgroups are long dead, so instead I’ve decided to put them here. And I think I’ll keep doing it, even if it takes another thirty years of moments.

There was a game. Lately, we always seem to score the bangers against Chelsea. Of course, this game was probably a sterling example of Abramovich’s “exciting football” that may encourage him to go out and spend a few million more on another attacker; after Werner and after the impending purchase of Kai Havertz. That means they’re going to be overloaded with forwards and attacking mids and still walking onto the pitch with Antonio Rüdiger, Kurt Zouma, and an out-of-position César Azpilicueta as their back line. Oh, and Kepa in goal. Good luck with that. But, y’know, defense isn’t “exciting football” or something. 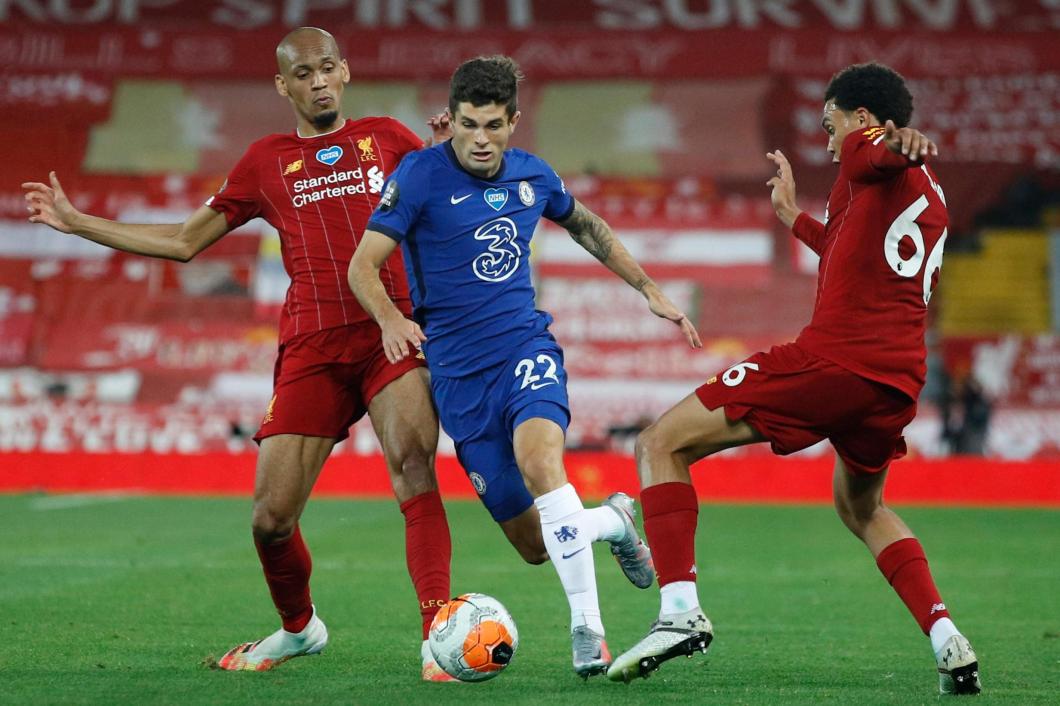 That said, I’ll admit that I probably overstated my case a while back about Christian Pulisic. I’ve always known that he’s a very good player. I didn’t think he was €65M good and I still don’t. But, wow. Dude was on his game tonight. Talk all you like about LFC’s defensive foibles since the restart (and they’ve been obvious; No post about the Arsenal game? Yeah. Let’s just leave that one to the dustbin of history, shall we?), but his assist and his goal were more about him than any defensive lapses. You could understand that just by catching Klopp’s wry smile after the goal (“Yep. That’s why I signed that kid.”) To think that much talent is going to go to waste under Gregg Berhalter is something that most American soccer fans should be outraged about already… 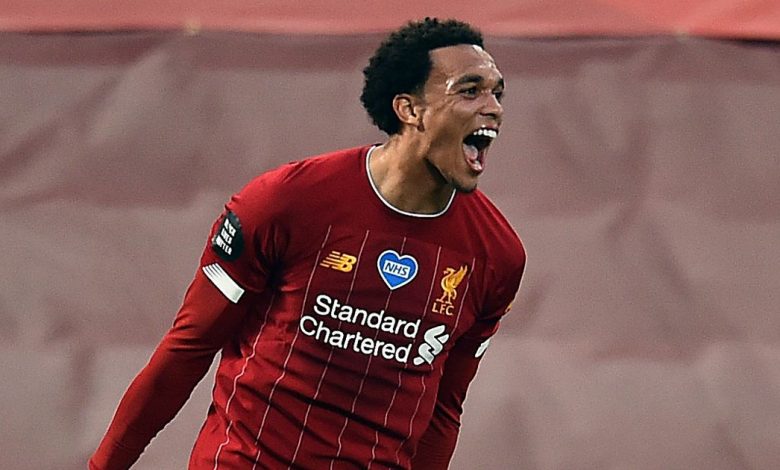 The Scouser in our team. Speaking of Stevie, I’m getting even better vibes from Trent Alexander-Arnold than I did from Gerrard’s first couple seasons. The latter had injury issues and not the greatest understanding of where his talents could shine on the pitch (neither did Roy Evans) but you could see the talent. Trent’s skills have been obvious for a couple years now and he’s essentially made himself one of the best right backs in the world at the age of 21. Those ridiculous free kicks (that was the second one of the season against Chelsea) and insane switches and crosses (you basically can’t place the ball any better than, y’know, right on Bob’s head for the fourth goal) make him a phenomenal and multi-faceted threat, while still being a solid defender. And he’s 21! We could have this kid for the next decade, just like Stevie.

Howevah… I think we’re still a little weak down that side when O Captain, Our Captain isn’t playing. Henderson’s positioning in that respect is still better than either Keita’s or even Gini’s, despite the latter being our best retention/recycling guy. It will be interesting to see how Curtis Jones develops in that respect., because I could see him turning into a very (ahem) Jordanesque type player.

On that Chelsea note. So, yeah, the oil baron still has cash to spend and the inclination to spend it. Hit by the double whammy of COVID-19 restrictions (loss of gate income and having to pay back some TV money) and shelling out bonuses for winning the league, there’s not a ton left over for new peeps. That said, the squad still has decent depth everywhere but LB and center forward. If Neco Williams pans out on the other side, there’s one problem that’s at least mildly addressed. Plus, if Klopp’s casual statements about things possibly happening “later in the window” are a hint at anything, I’d bet they’re hinting at players like Todd Cantwell of Norwich City, who is largely a midfielder in Daniel Farke’s system, but has the speed and physique to play on the wing. Norwich is going to need cash, especially if fans won’t be coming back into Championship stadia right away. Anyway, that’s for later… meaning three or four weeks from now.

Right now, it’s a couple days to revel with the medals and then it’s off to St. James to scuffle with Erik’s Magpies for the last game of this season before the new one starts in, like, a month. It’s a strange, new world, but at least one thing has returned to normal.

Milner “First time I ever wanted a red ribbon. It’s always been United before. F*cking w*nkers” 😂