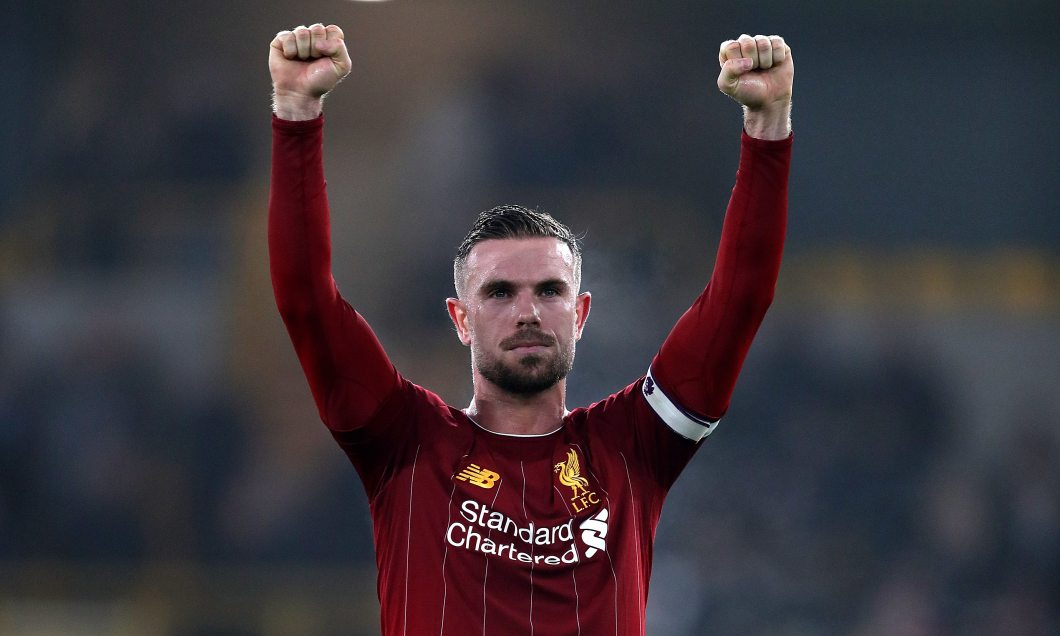 Most of the time, I’m going to look at games like these as something of a trial. Opponent packs in, commentators commentate about Liverpool’s “high line”, which presents almost zero threat to the defense because the opponent simply isn’t interested in coming out of their half. Norwich, bottom of the table and desperately in need of points to avoid being sent right back down (with, it has to be said, Aston Villa right behind them, but the amazing Sheffield United looking for a European spot (which they might get because of… other news)) is generally not one of those sides. Daniel Farke plays a much more exciting game than that with the side that Norwich constructed last year and which remained virtually unchanged after coming up (in a rare display of promotion wisdom. Hi, Fulham!) But even the Canaries know when their wings are effectively clipped and trying to run box-to-box with Liverpool is something that basically no club not named “Manchester City” or “RB Salzburg” has been willing to try.

So, we’re reduced to a training exercise:

“OK, lads. 10 back behind the ball and the starting team tries to pick the lock. We’ll do this for a half hour and then orange slices for everyone before we move on to something really fun- filing taxes!”

Le sigh. You remember those moments in the game when Norwich did think they had a chance to put one over? When they were willing to run with us? Yeah. Those were fun, right? Too bad they only comprised about five minutes of the 90 that made up the game. Otherwise, it was kinda like playing Burnley, except without the shitty fouls that the officials ignore. Due credit to Norwich for being in the right places so they didn’t have to commit said shitty fouls. Balancing that credit is Todd Cantwell, captain of the East Anglian professional diving team, who was having trouble keeping his footing in the ferocious wind. I mean, you few readers know me: I’m all about protecting forwards for the sake of the offensive game. If the benefit of the doubt is to be extended to anyone, it will almost always be the attacker, in my book, regardless of side. But that’s usually when said attacker is actually in an attacking position; not because he’s contesting a ball in the middle third, a defender arrives behind him, and he drops like he’s just been shot in the head. Also, have to put a word in for Lee Dixon, who proceeded to complain about Mané’s supposed shove in the back of Zimmerman before the goal (“I think that’s a foul…”), but looked right at two Canaries with their arms wrapped around Virg, dragging him to the ground during a corner, and dismissed it (“There’s not enough there for me.”) He carried on about Mané’s supposed foul for long enough that a producer finally whispered in his ear that they were probably going to get slaughtered on Twitter and he’d better make an excuse. (“It doesn’t matter what I think-!”) 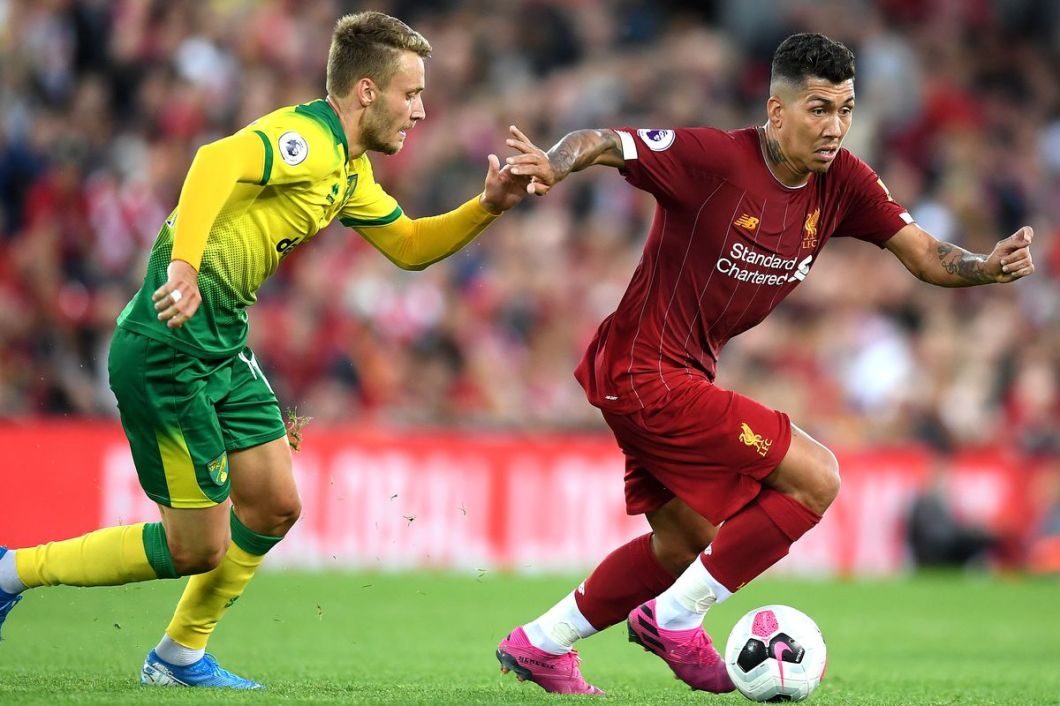 That said, due credit to Tim Krul for putting in an excellent show for Norwich and possibly having given in-attendance Ron Koeman something to think about in terms of a backup to Jasper Cillessen for this summer’s Euros. But, in the end, the superior team won out because that’s what usually happens in football. In this case, the superiority came from a back line and a keeper that have given up one goal in the past 11 league games, a relentlessly inventive front line, the passing magic of the man whose picture is at the top of this piece (O captain, our captain) and a stupid amount of depth: out go Ox and Gini, on come Fabinho and Sadio Mané at the hour mark. It would almost make you feel like Man City, except without the cheating. 25 points ahead (and counting, depending on what the PL does…)

The game. With normal games/teams, you’d like to look at this through the distorted lens of poor weather conditions, which could’ve put a decent dent in our long passing game. That said, it’s hard to say that the wind had a serious effect on the game, especially given the passes that we were able to complete. (Seriously, Hendo’s passing in this game was sublime.) That almost-brilliant goal by Bob; the actually brilliant goal by Mané; and a half-dozen other instances that would’ve set up goals, if not for a bunch of stubborn Canaries. Mané’s strike is somewhat hilarious (his reaction to the revelation that it was his 100th EPL goal: “Really? Thank you.”), in that it nominally came off his ‘weak’ foot… except that he really doesn’t have a weak foot. He’s clearly right-footed, because he dribbles with his right, but a lot of his more difficult/better goals come from his left foot, as this one did after a spectacular control and spin.

When we need a big goal, Mané always seems to be the main man💪

Is he our Player of the Year, Reds? pic.twitter.com/HW2YxPL5K5

But one has to cite the defense again, as well, given that Norwich City(!) took their first shot on target in the 88th minute (by Pukki, of course.) Alisson has 10 clean sheets this season, more than any other keeper, in 18 starts. Like usual, most of the time Norwich was stopped cold in the middle third, courtesy of Gini, Hendo, and this man:

There were a couple moments where you might have thought he was trying to be too cute around the box, but often those “too cute” moments are devastating near-assists that haven’t been able to be finished. Also, Keita has the unusual honor of having played the most games since the advent of the Premier League without having been on the losing end: 32; 27 wins, 5 draws. That says a lot about his (to this point) stuttering career with the Reds, as well as the ridiculous dominance that we’ve been showing in the past year-and-a-half.

Also, there’s been some mild criticism of Andy Robertson in recent weeks, given that we’ve been focusing the offense much more on the right side of the pitch (Trent had 69 touches in the first half, more than anyone else in the game) and it seems like Robbo’s contributions have faded. But, aside from a mild injury concern that has now dissipated, I think he’s been doing fine. To wit:

I’m reaching broken record levels here. But at least I’m in good company with many other media outlets and even rival fans: Jordan Henderson has been amazing in the past three months. He has three assists and two goals in his last four PL games. He now has more assists than the rest of LFC’s midfielders, combined (5.) He’s also tied for the lead with Ox for goals by the midfield with 3. He’s under consideration for PFA player of the year, which a lot of people, even LFC fans, are waving off because of the presence of people like Virg. Although I would almost always say that Bob is our MVP, Hendo has been reaching Bob levels of facilitation in recent weeks, while switching positions almost every game. I mean, yeah, the differences between midfielders are often pretty nebulous in a 4-3-3, and especially in Klopp’s version of a 4-3-3, where people move around a lot. (I had to laugh at Arlo White pointing out Bob playing at left back as if he’d discovered something when Robbo went charging up the field in the first half. It’s not like this is the first time he’s seen Liverpool play.) But Henderson has still been lights out on the field: passing, tackling, keeping the ball alive (he won the last challenge of the game, pointed out by Dixon), and leading the team. There’s no one I want on the field more right now. 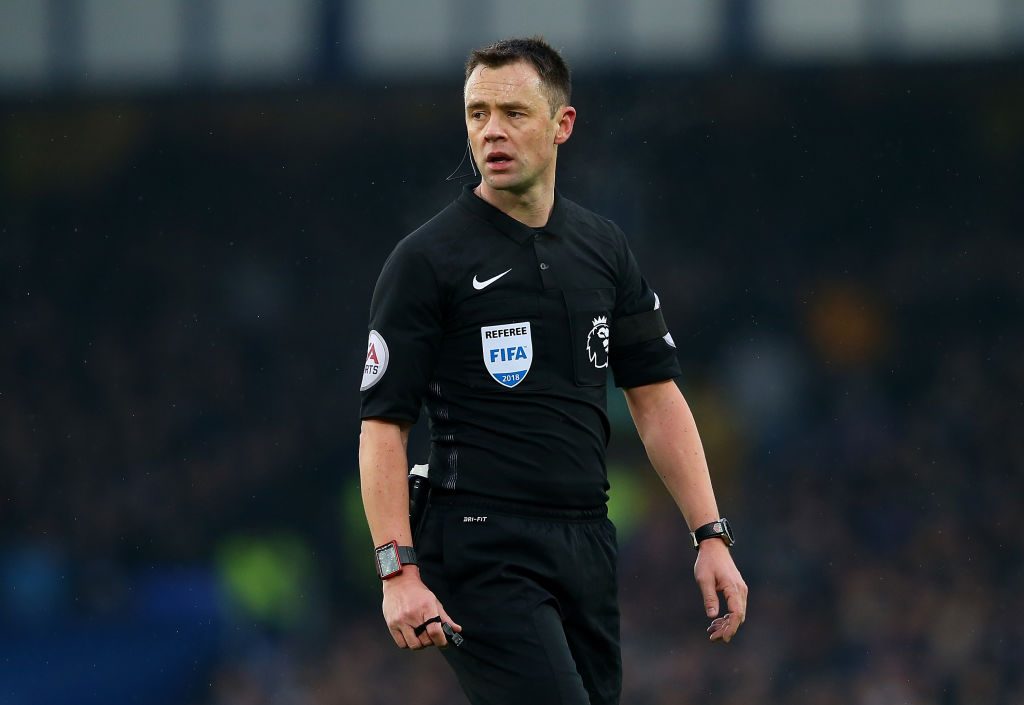 But speaking of first times… I don’t remember having Stuart Attwell officiating any of our games this year and, given that he’s one of the less senior among EPL officials, he’s a pretty rarely seen face. Maybe it was Atkinson and Moss looking at storm Dennis and deciding the junior guy should go stand in the rain? That said, I got the feeling he was treating this like an audition; a “first time with the league leader and everyone’s watching” kind of thing, because several of his decisions were strange, especially those involving ball placement. Trent went to take a corner in the first half and Atwell had to walk all the way over to check the ball- as if the linesman right there couldn’t do it. (Credit to Dixon who made a disgusted comment about this: “That’s 30 seconds we’ll never get back.”) He did the same thing while hovering over the free kick placement after Bob had been fouled by Norwich captain, Grant Hanley, outside the box; redrawing his magic foam line twice and making the Canaries reset their line. Weird.

Alrighty, then. Next, of course, is the game we’ve been waiting for: the return trip to the Wanda and the somewhat undermanned but still big balled Simeone and Co. Atleti have been having issues with the, y’know, scoring and stuff. But it’s still Atleti and it’s still at the Wanda. Beyond that, we get the Monday night football and the Hammers (RIP) come to Anfield.