Suggesting that Liverpool fans aren’t happy right now is kind of ridiculous, considering all of the recent success we’ve been having and the trophies we’ve won. Indeed, even today was a record-setting event, despite the closer-than-it-felt-like-it-should’ve-been victory over Mouenham Hotbus. To wit:

61 – @LFC have won 61 points in the Premier League in 2019-20 – the most any side has ever registered after 21 games in a single season across Europe's big five leagues (assuming 3pts/win). Imperious. #TOTLIV pic.twitter.com/b9KvNnciEk

It’s also the club’s longest unbeaten run in its history, beating the streak of 37 in 1894. It’s also the longest scoring streak in the club’s history, tying the one from 1933-34 where we also scored in the first 21 games. It’s also the most points for any side over 38 games (104), beating Man City’s 2018 and Chelsea’s 2005 record of 102. When you have ostensibly professional sportswriters constructing tables of wrong decisions allowed to stand as a way of suggesting 1) VAR is bad and 2) the game would be better because 3) there’d be a title race because Liverpool would only be 7 points up (still with a game in hand)… I’m not really sure what to say. It could be because I’m almost speechless at what this team is doing or I’m speechless that these cretins are willing to stoop that low because their favorite Manchester side isn’t doing as well as we are. The only obvious solution there is that they cheat to compete…? Yeah, I dunno. Just FYI: Next week’s not going to be any better, if he’s a ManU fan, since the game is at Anfield.

But part of the teeth gnashing is coming from the players themselves; as in the post-match interviews, Gini, Alisson, and Firmino all mentioned that they made it hard than they should’ve, and Klopp agreed with that (Klopp also mentioned that when he came over to hug Bob after the game, Bob stopped him and said: “I know I should have scored more goals.”) Klopp mentioned that he told the boys that he could question the performance in a few ways, but he couldn’t be happier with the result. There’s nothing wrong with setting goals and, like Chris Wilder was saying last week, the work ethic and commitment of this squad is impressive and a marker for any other team trying to reach these heights. Knowing that you can do better, even when you’re doing so well, is both a sign of humility and a sign of determination. So, yeah, it could’ve been better. We could also have all 63 points in the league right now, but anyone asking for that would be stupid, since we’re still setting records that no other top flight team in Europe has ever accomplished. That’s some good and it’s all because of VAR, the league being awful, and the EFL/FA/CL/Illuminati plot to hand everything to Liverpool, right? Right. So, y’know, be happy. We’re recipients of the greatest sporting conspiracy ever executed. It’s impressive. But let’s not get carried away… 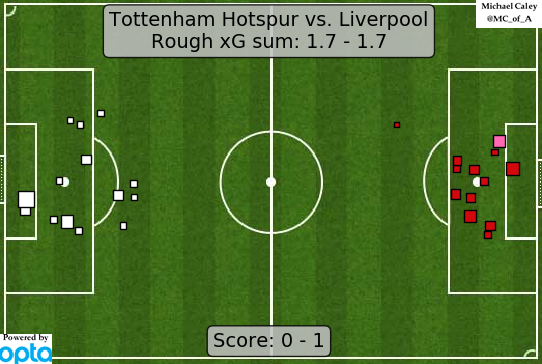 The game. How exciting will any game against the World’s Most Overpaid Bus Driver ever be? Well, this one wasn’t bad, actually. If you can skip the massive training exercise that was the first half, where we had 80% possession (it can’t possibly have been that low) and it felt like we were playing any other bottom half club that struggles to maintain a spot in the PL (Oh, let’s just say “Bournemouth” as an example), then the game had some good moments and Spurs were really on the front foot for the last 20 minutes. Our defensive organization had to be good and Alisson had to be worth every penny of the £65 million we paid for him, which he is and always has been. At the moment, he has as many clean sheets in his 51 EPL games (27) as goals he’s allowed in those 51 games (27.) That’s also six in a row. Most of Spurs’ shots on target went straight at him, but he also didn’t allow any rebounds and handled the ball well. One of the regulars tweeted that he’d now dribbled past more opponents in the PL this season than Erisken has, which would be 1. That says more about Eriksen, of course, but it’s also indicative of just how confident he is on and with the ball.

But MOTM honors have to fall to either this man:

Despite my undying love for Bob, I’m tempted to say Gini, just because he controlled that midfield. Spurs’ isn’t great, but they were trying to play a 3-5-2 to get overloads (and be able to camp out in front of their goal and roast marshmallows) and said overloads just weren’t in evidence because of the way Gini and Hendo controlled the middle third. As usual, Bob, of course, helped them with that, which is why I think they’re neck-and-neck for the honors. Mou used his wingbacks to try to control the wide spaces and not give Robbo and Trent the space they usually enjoy (that’s the point of the formation, in addition to playing sap-your-will-to-live defense) and they largely succeeded; less so on the left because Mané is one of the world’s best at tracking back and creating overloads of our own.

In that respect, I would be remiss if I didn’t mention Lallana’s contribution for the last half hour. LFC fans had gotten in the habit of cringing at his arrival (I remember one prominent tweet saying “We’re doomed” when he was subbed on at ManU… shortly before he scored the equalizer, of course) but he has really come on in the last couple months, when both opportunity in the form of cup games and necessity in the form of fatigue has allowed him to show that he’s still got it when it comes to securing the midfield. He’s not quite the bursting scoring threat that he used to be, but that’s fine, since we have others to do that. Like, say, our captain when he moves back to the 8?

I’m seriously starting to believe some of those “best midfielder in the world” quotes from Flamengo. He’s been so good at the six, it’s almost a shame that Fabinho is almost ready to go again. What’s awesome is that we can now start seriously rotating our midfield again (Hendo, Gini, Ox, Fabinho, Lallana, Minamino) even without Milner and Keita(!) And, again, let’s mention Alisson’s 92% save percentage since he returned from injury (34 of 37 shots) and that great header at the midfield line.

Random stuffs. Is it just me or does actually waiting for a week in between games suddenly seem agonizingly long? I saw someone on Twitter suggesting that we always play worse after a break. … We didn’t have a ‘break’! That was a normal week between Premier League games and Kloppo also mentioned the release from every 3-4 days to suddenly some players having 9 days because they didn’t play in the kids’ win over the Bitters. (I will be sticking that knife in and twisting as often as possible.) Given the pace we were playing at and the good form we showed, it’s going to be funny to just play three or four more league games before taking an actual 10-day break in the middle of February, right before our match with Atleti at the Wanda. Certainly, for the long-term outlook, it’s better to have that rest for the intensity of March and April, but I’m hoping it doesn’t disrupt the machine too much. 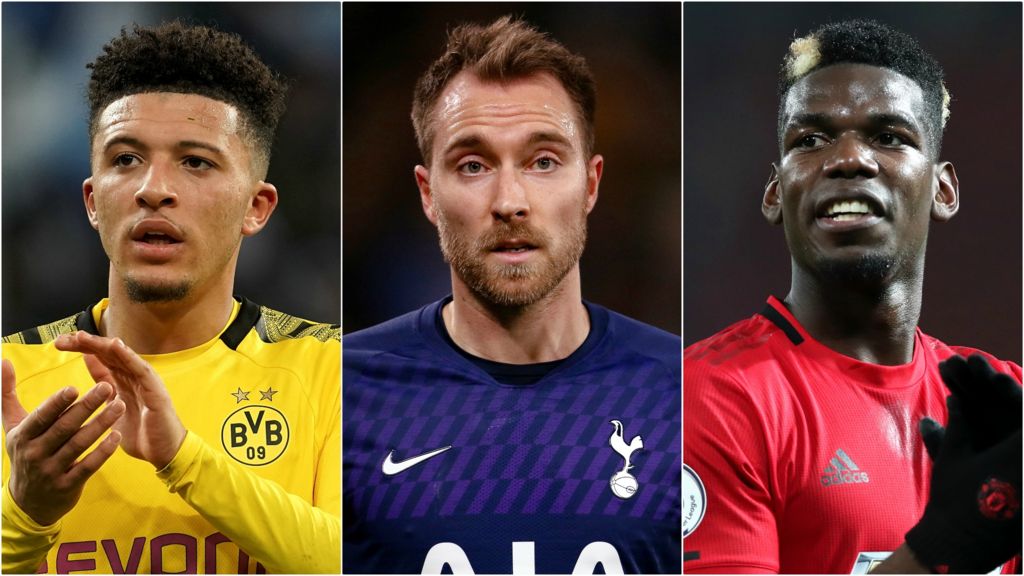 It feels funny to be almost completely oblivious to the trade window. This feels kinda like May from two years ago, where we snagged Fabinho out of the blue and everyone knew we were getting Alisson. This time, we swiped Minamino out from under everyone and everyone knows… we’re pretty much done, because we don’t need anyone else. That doesn’t stop the Twitter fools from ranting about how we need to shore up this or that spot (especially left back, as we’re minus one robot warrior) but we seriously don’t need to be spending money until the summer. All the action seems to be in Milan, where Inter is determined to wrest Serie A from the Old Lady, now that they’re stuck in Europa, by buying everything within reach,  while their roommates at the San Siro, having their worst season since the 1950s… are still so cash-strapped that they’re trying to sell Krzysztof Piatek, one of their hottest young prospects at striker to Tottenham, as a Kane replacement. (Did anyone consider that Tottenham looked better than expected because they weren’t playing behind Harry Kane…? It always occurs to me.) People are still nattering on about where Jadon Sancho is going to end up and Bayern seems determined to continue to buy the Bundesliga title (surprise!) No one knows what’s happening in Ligue Un because, really, no one cares.

Okely-dokely, neighborino! We have eight(!) days to wait for the arrival of the red Mancs. The Cube must be salivating. I’m going to have to come up with something else to talk about somewhere in the mid-week. I’m accepting suggestions if anyone has anything of pressing interest…?