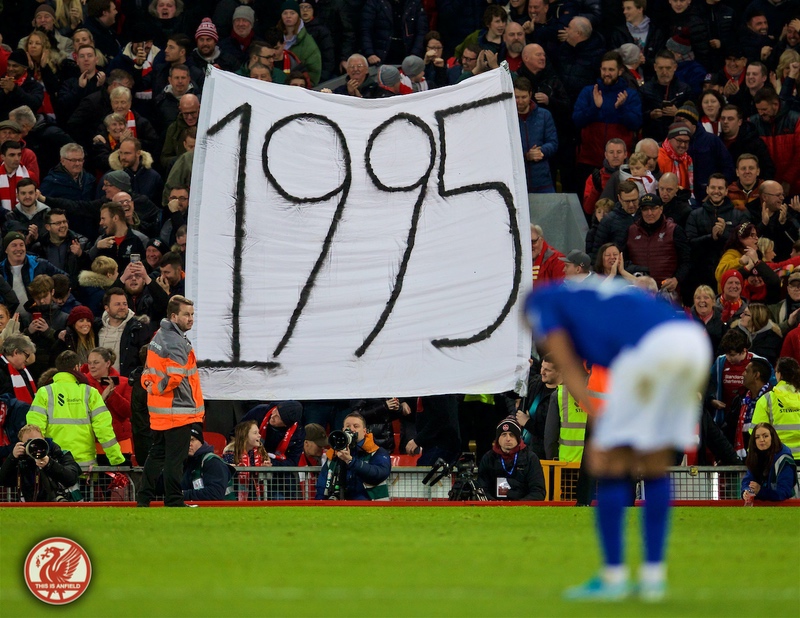 Reaching back into the darkest days of history before Liverpool Football Club even existed to grace the world with its presence, there was a different occupant at the ground known as Anfield: Everton Football Club. Everton had been playing there for a few years and the owner of the land, John Houlding, realized that he had a good thing going. So, he asked EFC to chip in a bit more for the rent. The Blues, duly bitter, were all: “Naw. We’re gonna walk a mile away and do our thing there. Lotsa luck with yer empty football ground.” Houlding, not one to leave his asset unfulfilled, promptly formed LFC. You all pretty much know the story from there.

The story since 1995, as the dutiful Kopites are sure to remind the Blues at every opportunity, is that Everton hasn’t won a trophy of any kind since 1995. Just as insulting (and someone should make up a twin banner for the next event) is that Everton hasn’t recorded a win in the Merseyside Derby since 1999 (aka three years before today’s game winner, Curtis Jones, was born.) This, beyond doubt, was their best opportunity, since Klopp was determined to rest as much of his first team as possible. We fielded a side that had only two nailed-on starters: Joe Gomez and James Milner. The latter only played eight minutes before going out with what might be a hamstring (ugh) injury. And Gomez was playing because we’re short on CBs and he’d only returned to regular play in the last month or so. Otherwise, it was backup keeper Adrián; Neco Williams from the U23s; Nathaniel Phillips, recently returned from Stuttgart; backup DM Adam Lallana; Pedro Chirivella from the U23s; the stalwart Divock Origi; Curtis Jones from the U23s; 16-year-old Harvey Elliott; and newly-acquired Takumi Minamino. Yasser Larouci, also from the U23s, would come on for Milner to play the bulk of the game. Against this group of backups and academy stars, Everton fielded a standard starting XI.

The first half looked like the mismatch you might’ve expected, with Everton getting the better chances and Adrián keeping us in the game. But the second half was all Liverpool. Read that again: the second half was dominated by a team of academy kids playing against a regular EPL side, not to mention one that had a significant height and size advantage. And the best part is that, throughout the game, we played our football. This wasn’t a bunch of guys trying to figure out how to move the ball or where they should be. This was evidence that Klopp’s methods have penetrated the club from top to bottom. We could see it in the League Cup games in the fall, but it was even more evident now; not only in how the ball was moved or the regular openings for crosses or the awareness of when and when not to press, but also when we had the lead and decided to just sit on the ball for the last 10 minutes, keeping Everton’s starters from getting any good looks or even touching the ball. This was that old Shankly quote come to life:

In my time at Anfield, we always said we had the two best teams on Merseyside: Liverpool and Liverpool reserves.

These were the things that everyone used to gripe about: organization, development, depth. All of those: covered. The club has been transformed, not just into one that’s winning trophies, but one that can compete in multiple competitions simultaneously and play in the same style so that everyone from the teenager to the aged veteran is comfortable and thrilled to be taking the field for Liverpool. The only consistent thing between pre-Klopp and now-Klopp is that we’re still beating Everton.

What a game. I mean, yeah, there was that goal, which is absolutely brilliant. Hey, for your first start for the club in the FA Cup and your first senior goal, howzabout a worldie? Curtis Jones: “No problem.” He also became the youngest goalscorer for the Reds in a derby since Robbie Fowler, by a whole two days (18 years 340 to 338 for Fowler.) He added 89% accuracy, tied with Origi at most chances created in the game (3), and chipped in a tackle and won an aerial duel. But there were lights out performances all over the pitch: 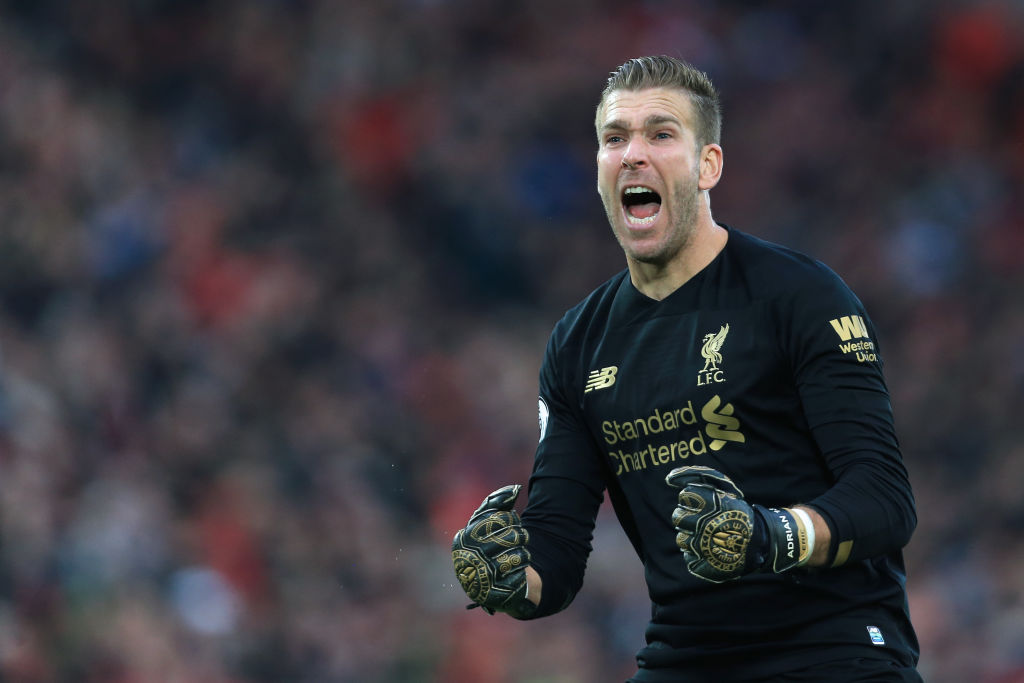 But my MOTM has to be Adrián. He didn’t have to do a lot in the second half, but we wouldn’t be celebrating this win without his sharp play in the first; handling two hard shots from inside the box and fending off Holgate’s open header from a corner. It’s fair to say that all three shots were in his general direction, if not right at him, but it took some skill to both react in time and deflect all three away from any follow-up threats. Considering that we got the guy on a free, he’s turning out to be unbelievable value, just like Milner and Matip.

Speaking of Milner. The downside, of course, is that James Milner, robot warrior, has suffered a malfunction. Early indication is that it’s a muscle issue, which typically means ‘hamstring’, which also typically means a number of weeks on the sideline. With the injury situation being what it is at the moment and Milner able to fill so many gaps (as well as give Robbo a rest), that’s really unfortunate. One bright note in that respect was the fact that Ox was ready to go again. After his injury in Qatar, I’d not expected him to show up until later in the month, but if he can start putting in regular minutes in midfield, so much the better. Also, with Minamino here, it looks like we recruited another potential star in our precise area of need… almost like Klopp knows what he’s doing re: recruitment and fatigue. Crazy.

The draw for the 4th round of the FA Cup takes place tomorrow, with the games being played on the weekend of the 25th (Can we please get a damn League 1 side other than Everton this time? Just once?) But, now, a six day rest (like the converse of Genesis) until venturing south to meet up with another hated manager and a club you never expected him to lead.