Not so Big Easy

So, I spent most of the past week in New Orleans; hence, title. For those of you who’ve been, you know why this is so late. Oh, and, yes, it’s also late because I was on vacation with my girlfriend and not orbiting around football. Fine! That said, I was happy to let her sleep in while I got up at 6:30 AM to watch us play Watford because… yeah. Did someone say there was too much football these days…? Think I did, a time or two. What do you mean it was a regular league game? Shut up.

New Orleans is a really wonderful place, and not just because of my brief encounter on the way out:

@LFCOffside TSA agent @ New Orleans airport: "Sir, wearing Liverpool means you'll be subject to some extra screening." Me: "Yeah, guess that's what happens when we're that high in the table. People suspect everything." He laughed. He was QPR.

Tell me the last time you ran into a QPR fan, much less one in Louisiana. “Diversity” doesn’t begin to describe that place. I love it every time I’m there and, if I had options or needed to move out of Michigan, it would likely be first on my list of desirable locales (followed closely by, y’know, Liverpool and Hawai’i’s big island.) That makes sitting down to deal with the league’s bottom-dweller, the almost-certainly-relegated Watford somewhat less than thrilling. What IS thrilling is to see Klopp’s renewed willingness to rotate these days, not only out of necessity, but because his confidence in the squad is at an all-time high.

That came up today in the game against Monterrey, as well. We’re down to two moving centerbacks and Virg is ill, so (Oh, captain) our captain came in to fill the void. Really, it’s not that difficult to see him in that role, since he’s decent in the air, has good physical presence, is one of our best midfielders in positioning, has played extensively at the 6, and has a killer touch on the long pass. I could’ve just been describing one of our regular CBs there and you’d never know the difference. Monterrey was interested in testing him out, since they clearly focused on coming down that right side channel, whereas most teams avoid it like it’s filled with Claymores all labeled “Virgil”. But he did fine, even with Lallana filling the DM role ahead of him and largely disappearing for much of the game. Hendo said that Gomez and Robertson were talking to him throughout the match, so he had plenty of support and advice to lean on.

All that said, the Watford game still felt like more of a struggle than it should have been, in the same way that today’s game felt that way. But I’m now resigned to the fact that this is simply going to be the nature of the business this year. When you’re on top, everyone gets excited to play you and will give you the best shot they can deliver. We were exposed to much of that last year, but this year it’s kind of written in stone. With the nearest domestic competitor 10 points back and being the reigning CL champs, “Liverpool” is on the tongue (and keyboard) of everyone talking about, playing, managing, or watching the game. Well, Barca fans can be allowed to try not to think about us because PTSD, obvsly. And today’s the Clasico, so they’re occupied. They should relax and have a Sazerac. At this point, it seems like it’s all gonna end the way people expect… 😉

Watford. Actually looked half-decent, what with the spiffy, new manager and the return of hulking presence, Troy Deeney. The latter didn’t get into the game much because his favorite center half who smells nice neutralized him, but Deulofeu was kind of a menace. I’m thinking having Fabinho in there to intercept him would have made things look a bit better. Henderson did fine, though, and Salah showed why he’s Mo Salah after a mildly lax period. (It was hilarious listening to him talk to Sky Sports after the game, casually mentioning that: “I’ve been working on my right foot!”) Plus, third clean sheet in a row after 12 games without one. It’s a good time to turn on that streak again. 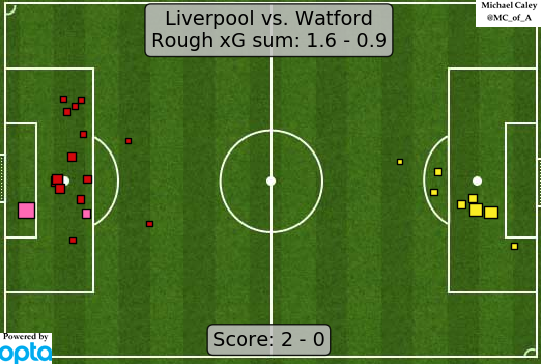 That was also Salah passing Suarez and Torres for total goals and in several fewer games. And it’s 100 goals in the EPL for Liverpool by the front three. And another goal by Keita, who played really well and seems to have found a certain connection with Salah… 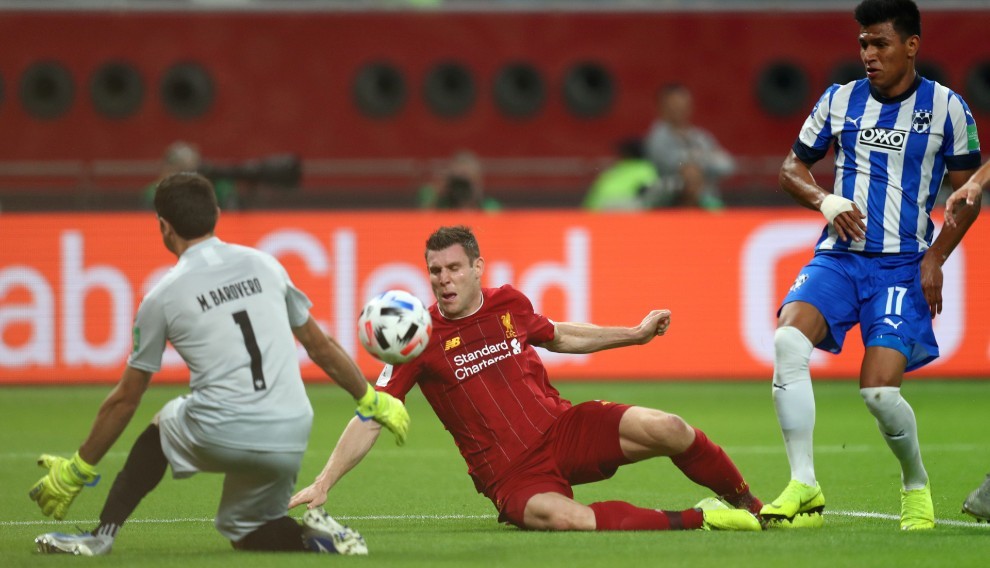 Qatar. … leading right into today’s game where that connection showed up nicely again. They clearly have a good grasp of each other’s pace and timing and are making that work in the final third. This is the Keita we’ve all been hoping to see and he’s showing up at just the right time. With Gini out, Hendo having to play CB, and Milner drafted to give a rest to the fullbacks on an alternating basis, we’re forced to really depend on midfielders that aren’t normally part of our “control the center” approach. We had trouble with that approach today, since Ox is mostly an attacking mid and Lallana, for all his efforts and moments of excellent play, is not a DM. But Keita can control the center and deliver the ball AND make those sudden charges into the box. He’s kind of an all-rounder, which is just what we need when we’re trying to fill this many gaps. You just usually don’t expect your “all-rounder” to be scoring like this. Happy to be surprised, especially when Klopp mentioned after the game that this was “probably the most offensive midfield I’ve ever lined up.” But the winning stroke was Bob because… Bob. (And, of course, 2-1.) I saw Barcelona fans talking about how he’s one of those players that we’ll all have to convince the young’uns of how much better he was than the stats show. 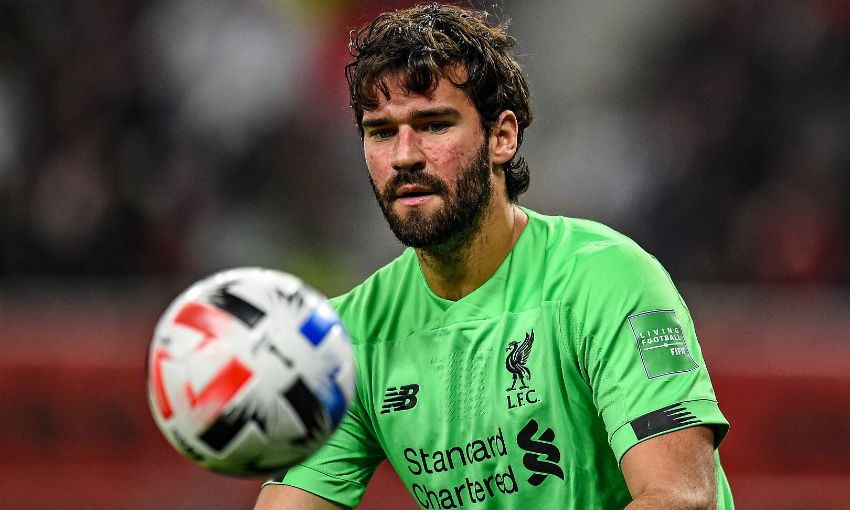 But the man of the hour for me was Alisson, who made several excellent saves, not only of balls coming toward goal, but a couple crossing in front of him that he had to redirect for fear of giving up another one. Monterrey came right after him and he stood up to everything but a botched set piece (a situation that probably would have benefited from Virg’s steady presence. (Steady.)) I was trying to dismiss my usual anti-Mexican national team bias, given that a number of Monterrey players have starring roles there (Pizarro, most notably, who still surprises me for not being picked up elsewhere), as well as grating my teeth every time I heard the name “Funes Mori” (actually his brother) from the Bitters of years past. But Monterrey had a good game plan and worked it well and the game stayed relatively open on our end, as they were often determined to stay bunkered deep and narrow, giving us wide swathes of the field to play in. Their determination showed in winning a lot of second balls in the middle of the field, though, which is where we really missed Gini, Hendo, and Milner.

Oh, yeah. The draw. Well, that was the worst possible result, wasn’t it? It’s not like we don’t play Simeone-type teams 3/4 of the time in the PL, so we have to play Spanish Burnley now? I’m doing something of a disservice to Atleti, since no one is as shitty in what they do as Burnley and it wasn’t long ago that the other Madrid was kind of scintillating up front with Griezmann and a less shadow-like Diego Costa. Eh. Whatever. If we have to play like this all the time, then we can play like it for two more games and move on. Some of the other matchups are pretty cool, though:

Oh, yeah. The No One Cares Cup. That’s not entirely accurate, since I kinda cared enough to see the kids play and it would’ve been righteously funny to knock the Villans out with a bunch of 19-year-olds. Credit to Dean Smith and John Terry for coming into the visitors’ locker room and encouraging our guys after the game. The score made it look worse than it was, but it was still what you’d expect from a U23 side playing a Premier League side. Meh. Whatevs. Some City fan made a point of suggesting that “Domestic trebles aren’t for everyone!” after the game, whereupon a host of our people shot back with “European cups aren’t for everyone!” Move along, plastics.

Speaking of young’uns, though, it was kind of a rueful thought that crossed my mind when thinking about Bobby Duncan, late of having forced his way out of his “dream club” for playing time. He would’ve gotten a ton of time in all three of our No One Cares Cup fixtures, especially last night with Brewster out with injury. Instead, he’s played not one single minute for Fiorentina this season. Choices.

One last detail. Fuck you, again, Carlo. I really didn’t want to play Everton in the FA Cup in a couple weeks. Now I might actually enjoy rubbing your nose in it.

Great line from @Iandennisbbc at full-time at Leicester: “Christmas is coming and there’s something red and white in the distance. Santa Claus, yes, but also Liverpool.”