Credit to Arsenal fans: None of them went into this game with any serious amount of confidence, given both their recent performances at Anfield and the general awareness in the football world that there’s a bit of a chasm between the top two and the rest of the top six. Most fans approached this as a bit of a foregone conclusion, with the only question being whether this would be an embarrassment like last year’s 5-1 demolition or just a loss. In the end, it was a bit of both. At one point, I was tweeting this to The Liverpool Offside:

This is like playing a relegation zone side. Total control, just no goals.

And it was. We had 64% possession in the first half, outshot them 15-5, Manè had the most successful tackles (5/5), and we generally dive bombed them in their end of the pitch; constantly recycling the ball and starting the attack again. The only thing that wasn’t happening was seeing the back of the net bulge until Matip’s header (We led them in corners, 6-0, at that point, too.) I’m not trying to dump on the Gunners. They played well in spots and Pepe looks like he’s for real. But they also sat back in their 4-4-2 for the first half and, when it was shown that we could dissect that and now had the lead… they stayed in it for the second half. So… OK? You know that sitting in a narrow 4-4-2 gives up the flanks, right? You know we have these two fullbacks… perhaps you’ve heard of them? We kept the pressure on for the first half of the second, too, eventually getting a PK off Luiz for holding Salah in the box and then watching Salah skin Luiz on his way to the third (his second.) That £8 million is looking pretty good to Chelsea. The funny part about that penalty is that Luiz later claimed that Salah told him he didn’t feel the contact and that Salah’s shirt was so big it made the pull seem more than it was… except that you can see Salah jerk back when Luiz pulls his shirt.

So, yeah. Not much to really say about this game in the big picture, as it was kind of a demolition. That big picture does include the fact that we’re assured of being top of the league after three games, no matter what City does tomorrow. It was also the most complete performance we’ve seen in the five games we’ve played this season. It’s unfortunate to not get the clean sheet again, but in this case, like Norwich, I don’t think there’s much that Adrián could have done. You’d like to think that Alisson’s superior ability would have preserved those, but it would have been an exceptional moment in either case. That doesn’t, of course, relieve him of responsibility for the gaffe that nearly put Arsenal in the lead, when VVD was clearly saying he had control of a long pass that went past Aboumeyang, but Adrián came out of the box to play it, anyway, only for the Arsenal striker to toss it right back at the empty goal. But those are communication issues that perhaps don’t get sorted in just three weeks. Adrián still plays deeper in the box, as I mentioned before, and I’m wondering when that’s going to bite us. But, one more game against (ugh) Burnley and then we’re off for a week, so perhaps there will be a Brazilian sunrise on the other side.

Speaking of Brazilians. Fabinho came into some consideration for MOTM with these stats:

Fabinho’s game by numbers vs. Arsenal:

The killer pass for Salah’s second goal was that one assist and emblematic of his field presence and vision. Right behind him was Firmino, with his usual electric presence that both created chances for others and opened doors for himself in the box, as well. He had three or four near misses that easily could have been goals, including one from a long pass from Robertson in the second minute. But we have to consider the two Dutchmen, as well. Gini was 45 of 46 passing, best of anyone in the game, and did impressive work on the touchline to maintain possession. And Van Dijk was his usual imposing self. Once he got the measure of Pepe, he basically shut him down for the second half. It was amusing hearing commentary from Gary Neville suggesting that VVD was inviting trouble for himself by playing two or three yards off of Pepe and apparently oblivious to the fact that that’s the way he defends everyone because it allows him to take better position and take his man out of the play. 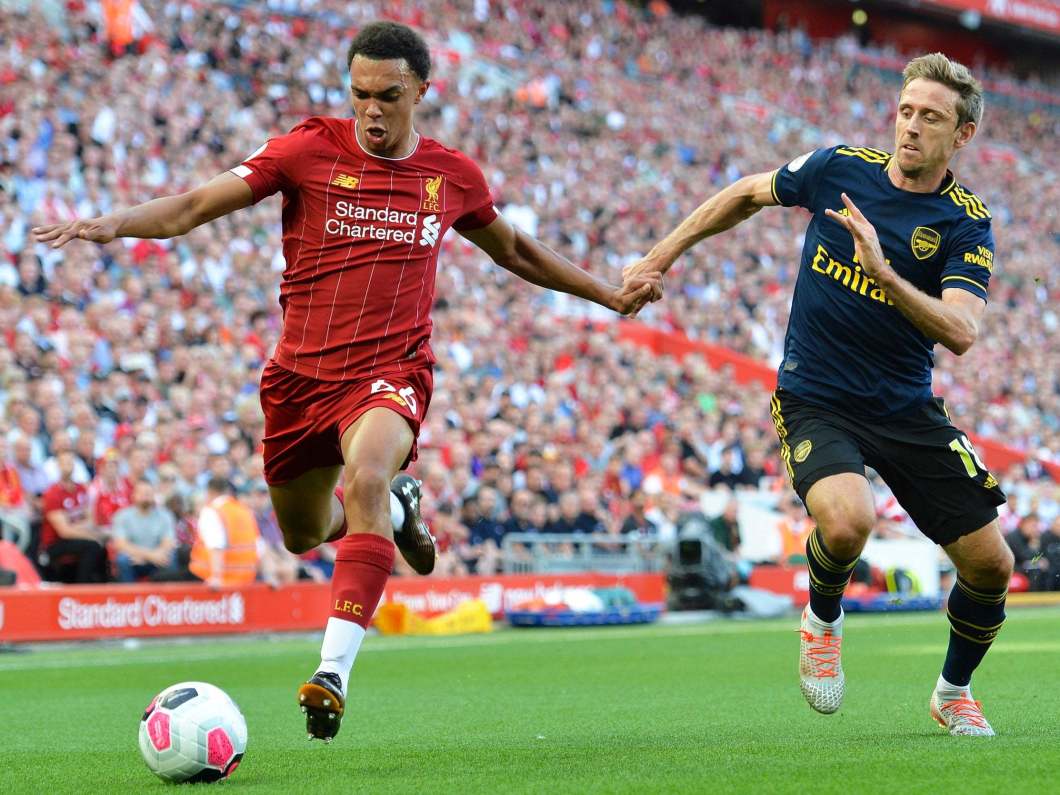 TAA and the search for consistency. The contrast between Robbo and Trent this season seems more stark than last year. Robbo’s crosses tend to be leading balls; tossed in front of someone for them to run on to and create. Trent’s are more accurate, dropping right on players’ heads in many cases (The first goal by Matip off the corner was a good example.) It strikes me that there’s been more deviation in Trent’s long balls recently, such that he’s hitting fewer heads and instead is often missing the entire group of people gathered in the box. I haven’t looked at any precise numbers, but that’s the general impression I’m coming away with. He set the bar pretty high in the second half of last season, so perhaps that’s what’s sticking in my brain. More research needed.

Speaking of consistency. That’s 42 unbeaten in the EPL at Anfield, 12 straight victories in the EPL (a club record), and the current longest domestic winning streak in Europe after Benfica’s loss to Porto today. So, yeah, not bad.

Next week: The plunge into deepest, darkest Burnley, where we should count it a win, regardless of scoreline, if all of our guys come back without broken legs. Seriously, though, we should wreck them. We have the massively superior team and Sean Dyche’s style is a stain on football that should be erased.