Millimeters on the marathon 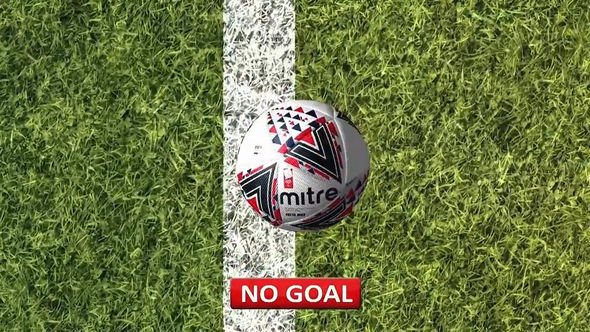 Sooooo… yeah. Not quite the 11.2mm of last season (and nowhere near the ramifications) but still annoying to have played three straight games with City only to come up short in two with the margins this fine in all of them (admittedly, the first one was to our benefit when Gundogan skied a penalty.) Of course, this picture was Van Dijk’s volley off the crossbar and not Salah’s two hits on the post and his header to an open net saved by a remarkable play by Kyle Walker. Is it safe to say that City still has the barest edge on us? Maybe. Football is the most random of all the major sports and this was, technically, a friendly with six substitutions that Klopp took full advantage of in the second half. It clearly wasn’t just a friendly, as no game between these sides will be for the foreseeable future. As Gomez noted after the match, it was for silverware and we wanted it. Obviously, City wanted it, as well, given that Pep got a yellow card from never-taking-your-shit Martin Atkinson for arguing about a sterner penalty for a foul that Gomez committed. Who does that in a friendly (when they’re not playing Sevilla…)? That’s why it wasn’t one.

The game was solid, overall. I think the midfield was largely ineffective, as neither Hendo nor Gini had great games. But Henderson certainly picked up with the rest of the team for the start of the second half, taking the initiative and running with it to chase down several loose balls. This is becoming a mild pattern with Liverpool: uncertain or slow first halves, followed by something Klopp says in the break which spurs the team to putting the opposition to the sword in the second. Those narrow margins kept us from putting it away in regulation, resulting in the dreaded penalties. Of all of Alisson’s remarkable skills between the posts, stopping penalties is not typically one of them. Combine that with the uncharacteristic mistake on Sterling’s shot and there’s your game. But it’s unfair to place any blame on him or on Gini for a poor penalty. When it comes to games this close, any of a dozen different moments can result in victory or defeat. We’re still one of the two best sides in Europe at the moment, so it’s time to see how many millimeters make up the marathon. (42,194,988.00000033, if you want to be precise about it.)

Canaries. Coal mines. It’s been three years since Norwich was last in the top flight, which reminds me of one of the more spectabulous games of the Klopp era:

Aside from how thrilling the match was, I think it’s interesting to note the lineup that Klopp used. There are four players on that starting list that are still with the squad, one of them a little-used sub (Clyne), as well as fellow little-used sub Lallana in the second half. The other thing to notice with some wincing is the hallmark of that era, where LFC’s constant attack was frequently countered by relentless defensive breakdowns and the occasional penalty kick surrendered by Alberto Moreno.

The current Norwich was all the rage in the second half of last year’s Championship season and it shows signs of being a carefully considered project, similar to Liverpool, as noted in this excellent piece in The Athletic. Manager Daniel Farke has them playing a very fast-paced style, similar to the one he used as the manager of Dortmund II, so it could be another thrilling encounter on Friday, depending on how VVD is able to handle top scorer, Teemu Pukki. Just as an aside, The Athletic just opened their “UK” version, which is going to be football-dominant, with regular work on teams throughout the Premier League and Championship, as well as La Liga, Bundesliga, and Serie A. They’ve basically harvested the best football writers from the continent and beyond, including our own James Pearce, latterly of the Liverpool Echo, who will be covering Liverpool alongside Melissa Reddy and Simon Hughes. If there’s any sports news source worth the subscription, I think this one is it. 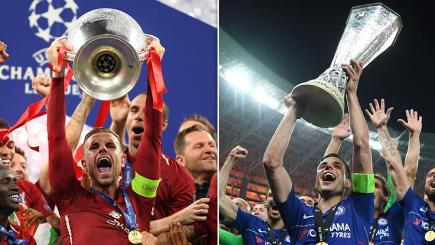 No rest for the Reds. Just five days after the game at Anfield, we’ll be in Istanbul to both relive some wonderful memories and play for another relatively lightweight trophy, the European Super Cup, against Frank Lampard’s Chelsea. The Blues are in a state of flux, to put it mildly, since they’re now under a transfer ban and haven’t been able to bring in any new players. They do have a host of younger players that Abramovich has been using to make money, so there will likely be more than one relatively new face on the field and the bench for the game. They still don’t have a locked-in replacement for the departed Eden Hazard (as if one exists) and Lampard’s style is different from Sarri’s, so it will be interesting to see how it plays out. Even without that turbulence, I’m confident that we’re the better side, so we should be able to put away this trophy without worrying about too many centimeters. A whole three days later we’ll be in Southampton and an entire week(!) after that we’ll be home with a newly-reloaded Arsenal before going to Turf Moor for the last game of the opening segment of the season before the first international break. The pressure won’t let up for nine more months. Hooray?

The last word. I really don’t want to talk about transfer business again. I did that already. There are still many LFC fans out there who consider this window to be some kind of failure because we didn’t spend millions on this or that player. My argument remains the same: We have no room on the pitch for another “star” player and it really doesn’t make sense to toss out bundles of cash for someone who’s going to sit on the bench. If this analysis thread from Mo Chatra is accurate,

As the transfer window approaches deadline day, Liverpool fans are at loggerheads over whether the club's relative recruitment inactivity is a grave mistake or nothing to worry about.

we may not have the cash, period. We’ve signed a bunch of players to long-term deals over the past couple years so that we don’t have to worry about bedding in new guys and waiting for them to acclimate to Klopp’s system (Hi, Naby!) That’s a lot of money going out the door, in addition to the funds being used for the new training complex at Kirkby and the still-planned upgrade to the Anfield Road end of the stadium. We’re still bringing in a lot more money than in the past and they still haven’t announced the new kit deal that’s supposed to be the most lucrative in England, so we may be able to spend like gangbusters in the winter window if it really becomes necessary (hopefully not.) But, at the moment, it isn’t, even for the front three, since we still have Origi, Shaqiri, and Brewster on hand, as well as Wilson and Kent waiting in the wings. We have one of the best squads in Europe. Let’s enjoy it without thinking we need something new and shiny every few months.

A small tribute. Simon Mignolet departed today for a (presumably) starting role at Club Brugge in his native Belgium. I think it’s fitting to remember the way he arrived:

This was Mignolet’s first game for Liverpool after arriving from Sunderland in 2013; saving a penalty (and the follow-up) to preserve a 1-0 win. He was never an A-list keeper and we could lob any number of criticisms at him (and often did.) But there’s no disputing that he was an absolute professional throughout his entire career, enduring the slings and arrows, being benched for Karius, and then being benched for Alisson, but remaining an enthusiastic member of the club (renowned for his Instagram cheering after games) whom James Milner called: “The most professional person I’ve ever played with.” Good luck, Migsy. You’ll always be a Red.