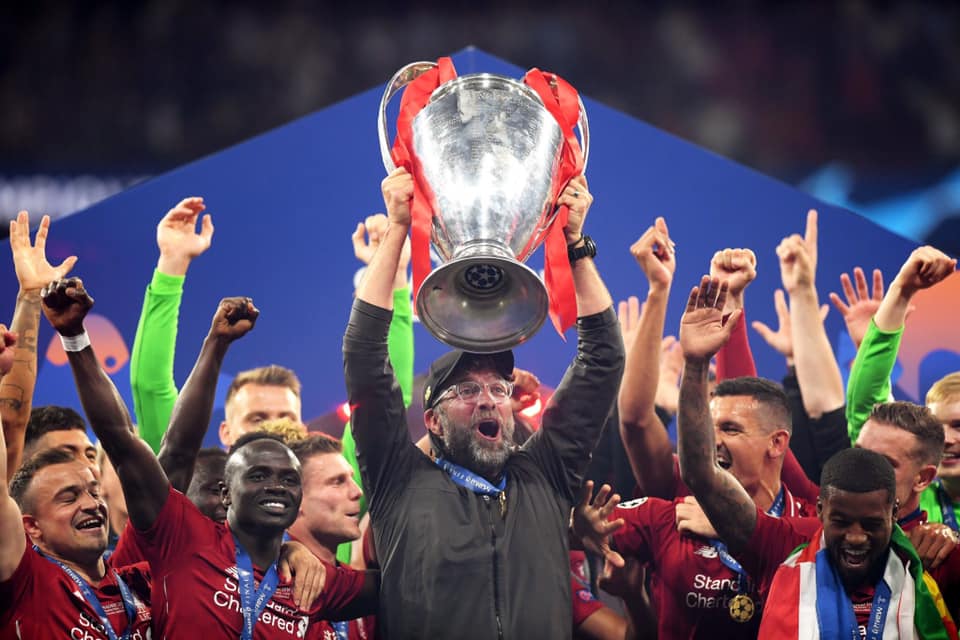 So, we come back to this “doubters to believers” thing again. It’s a pretty constant theme in life, as adversity knocks you down or impedes you or makes things seem more difficult than they actually are. But Jurgen Klopp arrived in Liverpool with one overriding message: “Believe in what you can do and you will succeed.” That’s the philosophy that he lives his life with. That’s what he told the squad before the second leg against Barca. That’s what he tells them all the time. I remember Klopp talking about Dejan Lovren in that fashion, when he mentioned that he told him: “If you believed in yourself the way I believe in you, you’d be the best defender in the world!” Lovren promptly went out and declared himself the Best Defender in the World™ after last summer’s World Cup, so I guess it kinda works…? Or did all of us just see another masterclass by the actual best defender in the world, man-of-the-match Virgil Van Dijk? I’m not sure that it matters, since they’re both Reds and we’re all in this together. And that another theme that’s present.

He’s a Red, in more ways than one. Bill Shankly said that LFC was about community, socialism, and working together so that everyone succeeds. That’s what has happened here under Klopp and the culmination of that effort is our sixth European Cup. Klopp has tried to emphasize Shankly’s perspective while he’s been here, as well; noting that the team succeeds because of all of the players, the coaches, the support staff, and the fans who urge everyone on toward goals just like this one. Our captain made that point tonight:

Oh, captain! Our captain. And to use this moment to make another point specifically about Henderson, let’s agree on something: This man has helped make this football club what it is today. He hands off all the praise to Klopp, but every interview with anyone on the team that references Hendo immediately produces an outpouring of glowing words about the captain. He spent three years playing in what is not his natural position until we could get someone the caliber of Fabinho to take over. The whole time, he did nothing but sing the manager’s praises. Now that he’s back to being an offensive threat the way he was with Sunderland and early in his career here, more people have stood up to acknowledge that he’s a real asset to our midfield. But it goes beyond that, because he’s a real asset to the team everywhere on the pitch and in the dressing room, as well. LFC probably doesn’t make it past Barcelona without the intensity and drive brought by Henderson; qualities that are evident even in the above video while he’s supposed to be celebrating the biggest win of his career.

Speaking of the undersung. Joel Matip has very quietly been one of the best players on the pitch for us in the last three months. Credit where it’s due: Virg has transformed the defense since his arrival. But since coming on regularly for Gomez after the latter broke his leg in December, Matip has gone from strength to strength in ways that I never expected, but which have stuck out to me and many of our opponents in recent weeks. At one point, everyone was paranoid about Virg getting injured and what that might do to our spectacular defense. But I’m saying that we now have four centerbacks ranging from solid to world-best and anyone thinking that we should be in the de Ligt race really hasn’t been paying attention. And, of course, just like James Milner, Robot Warrior, we got Matip on a free…

The game… wasn’t a great one, to be honest. Both sides looked like they hadn’t played a game in a month and, after the quickest penalty call in the history of the competition, Liverpool shifted tactics and were clearly content to starve out Spurs. Looking at the stats, I’d wager that this was the lowest time of possession we’d had all season and it was mildly disturbing to see LFC camped out at the halfway line, leaving room for the opponent to run at them, rather than harrying them in the opposing half of the middle third, at least. But the fact that we can so smoothly shift tactics speaks volumes of both manager and players. This season has repeatedly demonstrated that it doesn’t have to be “heavy metal” football all the time and that we can go from the all-out frenzy against Barcelona to choking the life out of a game against Spurs. (And it also probably helps not to have over three weeks between the end of the EPL season and the CL final. No one else has that problem because every other league has more breaks in their seasons, but English gotta English.)

That said, I’d have to question Pochettino’s personnel approach somewhat. Clearly, starting Kane wasn’t the best idea, since it had been so long since he’d seen regular action and he barely got a touch on the ball. Combine that with not including Lucas Moura, who’d been on absolute fire for Spurs in the CL and is the primary reason they won the second leg against Ajax, and a lot of the sting came out of Tottenham’s attack, even beyond the fact that we were well-equipped to handle it. But for everyone complaining about how boring it was or how it looked like two mid-table English sides… cry me a river. We’re one of the best teams in Europe, as was plainly evident against PSG, Napoli, Bayern Munich, Porto, and Barcelona, we adapted to circumstances, and brought home a sixth European Cup. Pretty good for a mid-table side.

Just some examples of team and fans, pre-game and post-:

Now that everyone on the team can touch the This is Anfield sign on their way to the field, we spend the next five or six weeks without football while the club repaints the Wall of Champions to add a ‘6’ in the Ol’ Big Ears image, catch a cool pre-season game against Dortmund in South Bend, and then get back on the pitch against Chelsea to win a fourth Super Cup (for which they’ll have to repaint the wall again…) ‘Scuse me while I go celebrate some more.