REUS TO THE RESCUE AGAIN

Dortmund was able to hang in on the Bundesliga title chase for one more week with the showdown in Munich on April 6 approaching, but it wasn’t easy.  Dortmund looked tentative, nervous and were more than a little mistake prone in the first half.  Coming in to the game, Dortmund had a right to be nervous as they were without a win in their last four trips to Berlin.  This year’s Hertha has been inconsistent, but has more talent than many of their past teams. And Kalou has been a thorn in Dortmund’s side for years.

Kalou struck early as Burki misplayed a long shot from Mittelstadt, inadvertently smashing it back into the middle of the goalbox when he attempted to trap it.  Kalou raced for the loose ball, scoring inside the first 4 minutes of the game.  The pressure from Hertha’s early lead only made Dortmund more nervous and even more mistake prone. 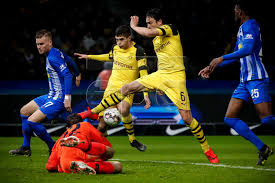 Thomas Delaney evened things up in the first half.  He was having a solid game in central midfield and let one rip from long distance after a long run on a counter.  It took a very fortunate deflection off the heel of a Berlin defender, Rekic, and for a short period of time Dortmund was level.

The good fortune didn’t last though.  Duda took a rip from outside the box and Weigl, who was just  a yards or two ahead covered his face to keep it from getting smashed by the ball.  The official called handball, which was a very harsh call considering the player was just protecting his face.  Kalou converted the penalty and Berlin went in at half up 2-1.  While Dortmund didn’t show all that much life in the first half, Larsen did have a few good chances that produced some great saves from Jarstein.  Larsen looked just dangerous enough that his use as a starting forward for the injured Alcacer, Philipp and Goetze is definitely a possibility until Alcacer or Goetze return and possibly as a sub thereafter. 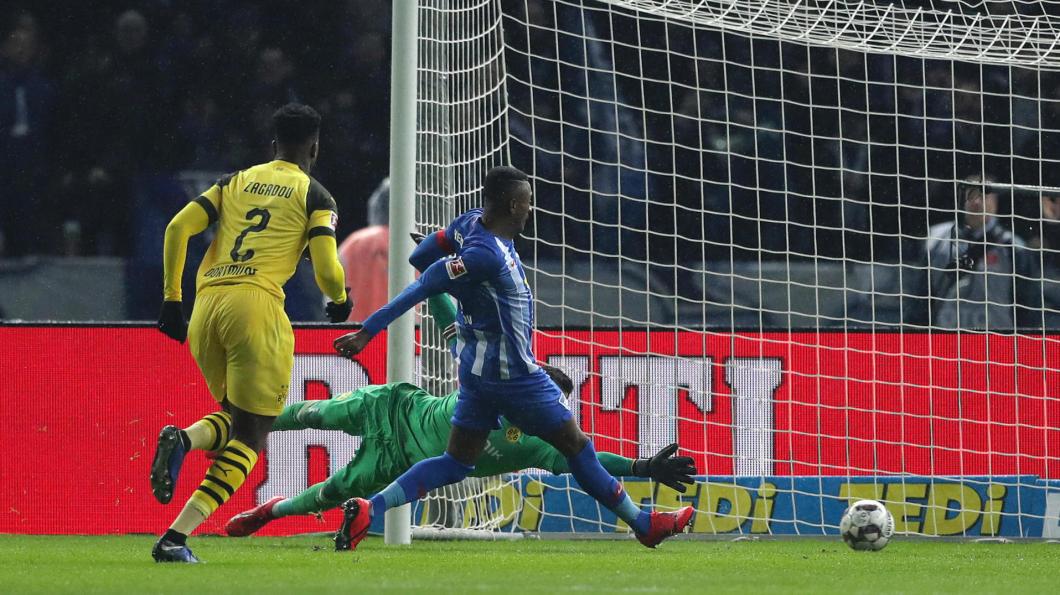 The Dortmund that took the field in the second half was a very different team.  Waive after waive of Dortmund attacks were launched and successfully penetrated the Berlin goalbox.  But Niklas Stark was having an impressive game in defense to say the least and may have had the best game on the field of any player.  Watching impressive young defenders like Stark, there is little question left as to why Jorgi Loew felt it was time to clear out the veterans like Boateng and Hummels and prepare the younger generation for the next World Cup.

Eventually, Sancho earned a corner, and  Dortmund’s big young defender, Zagadou, got his head on kick and smashed the ball into goal.  All even with nearly forty minutes left for Dortmund to find the game winner. 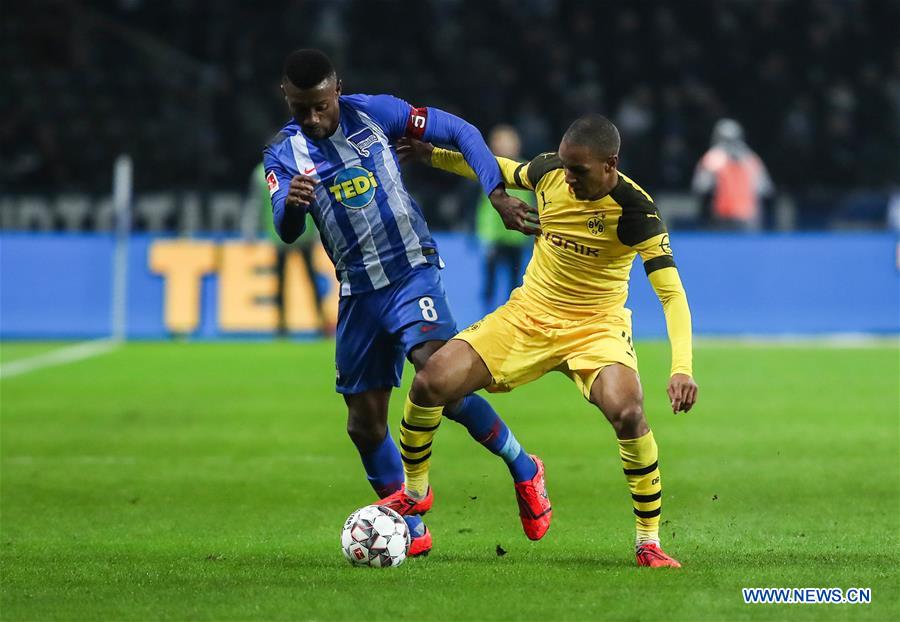 For the remainder of the half, Sancho and Pulisic had a number of runs into the box thwarted by Stark or their shots stopped by Jarstein.  And Delaney easily could have had a second goal, when he let another ball just rip from further back and it absolutely smashed against the cross bar. Pulisic somehow managed to miss an absolute sitter, as they say, when Hakimi, who came in late at right back for Wolf, set him up with a ball he need only tap for it to roll into goal, but he was off balance running through the box and somehow managed to kick it wide. It was a very frustrating day for Pulisic, who got plenty of chances but struggled with the physical backline of Berlin.

Berlin wasn’t without chances of their own.  Grujlic was very unfortunate with an absolute blast off the far post of what looked like a sure goal when he shot it.  Sancho’s speed, though, was repeatedly a problem for Berlin, and eventually Torunarigha’s tactic of just pulling Sancho down led to two yellows and his expulsion from the game.  Dortmund would play the final 5 minutes of regulation plus injury time with an extra man.  This paid dividends when Dortmund hit Berlin with a quick counter and the ball was pushed out to Sancho.  Sancho drove deep near the box and as the defense lined up to prevent his run into the box with the ball, he slid it over to Reus in the middle, who simply ripped the pass into the box for the game winner in injury time. 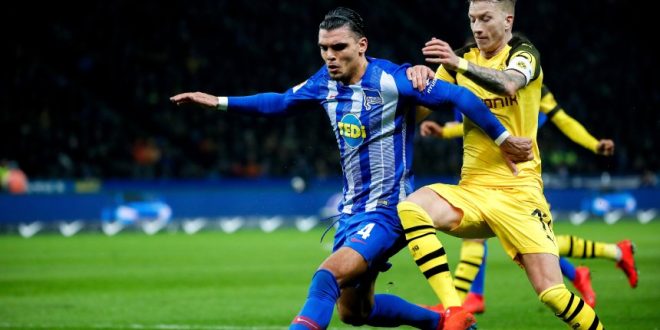 The night was capped off with a moment of insanity from Ibisevic.  The former St. Louis University Biliken and Bundesliga veteran apparently lost his cool late in injury time, and, when there was two balls on the field as play was stopped, threw one of the balls at the head of Burki, who was approaching the other ball.  He successfully nailed Burki in the head, but drew an immediate red from the official, and former Dortmund captain Schmelzer drew a yellow for coming on to help break up the chaos that ensued after Ibisevic nailed Burki in the head with the ball.  Moments later the game was done.

Dortmund secured its fifth come from behind victory of the year, and Berlin Manager, Pal Dardai, would have little to celebrate on his 43rd Birthday.  Considering that Dortmund was missing Alcacer, Witsel, Goetze, Philipp, and Piszczek to injury, the comeback may go down as one of the key wins of the season should they have a shot at the title.    Munich would likely pummel Mainz to stay even on Sunday, and Dortmund needs a victory over Wolfsburg next weekend to set up the showdown in Munich.