Weeks ago, Dortmund were cruising.  They won their Group in the Champion’s League Group stage, they were leading the Bundesliga by more than a game, and they were still alive in the German Cup.  Five weeks into the second half of the season, and they are out of the German Cup, collapsed in the Champion’s League with a near meaningless home game to try to overcome a 3 goal deficit,  and can only watch as Bayern inevitably overtake them in the league.    In the first half of the season, a small group of players having excellent seasons (Burki, Reus, Sancho, Alcacer), and a team that avoided significant injuries, aside from Pulisic early in the year, looked spectactuler.

But in December, the injuries caught up to Dortmund and their weaknesses were exposed.  Weaknesses that have rendered one of the more exciting teams in Europe as a train wreck that struggles even against the worst roster in the entire league. Against Bremen and Tottenham, they couldn’t stop their opponent from scoring.  The most obvious problem is the lack of quality after the usual starters.  There is simply no one capable of playing right back, aside from PIszczek, and it showed against Totteham when Hakimi was abused by Vertongen.  And today, without Reus and despite Sancho having a fine game, they simply couldn’t find a single goal against the absolute worst team in the league. 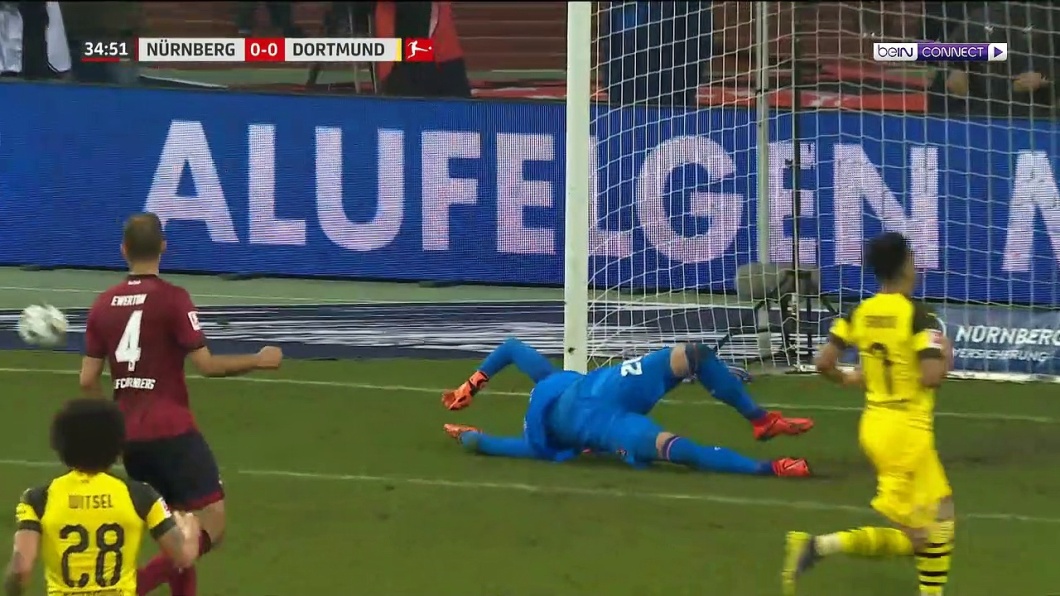 Now the focus shifts away from competing for titles, with Bayern likely to catch Dortmund as soon as this weekend when Dortmund, in their current form, has a likely unwinnable challenge against Leverkusen, and to whether Dortmund can hang onto a top 4 spot as they slide down from the top of the hill.  Forget about the Cup, they are out. Forget about the Champion’s League, Spurs just need to show up for that one to be over.  And forget about competing for the league, as whatever chemistry the team had two months ago is long gone and Bayern is ready to claim their seventh or eighth consecutive title or whatever, who is counting anymore. The issue will also be whether they can hang onto Sancho for another season and at least create the illusion they won’t be out of contention for everything next February.