State of the Game Questions, part 2 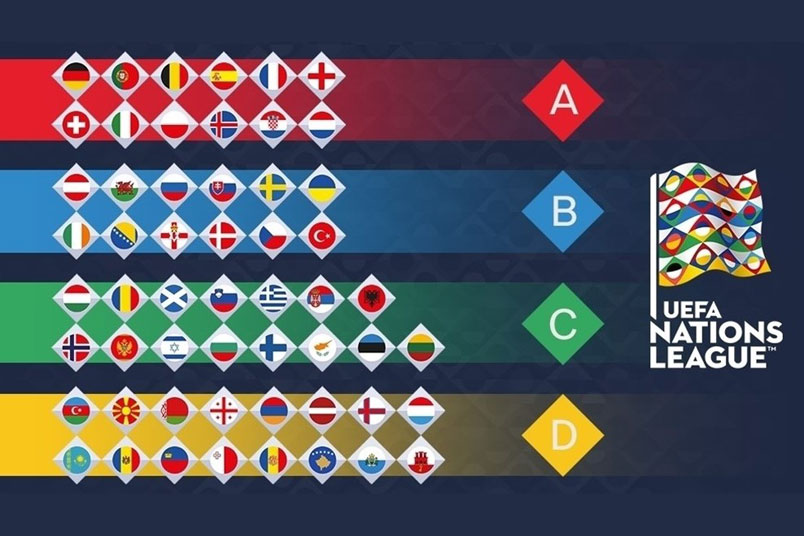 4. Any thoughts about the new Nations’ League?

Ryan: I’m not too bothered by the Nations League. It’s a bit pessimistic, but I see it as a way for the top teams in Europe to avoid missing out on the Euros. I think there’s still space for the more meaningless friendlies, which is good in my eyes, but I still don’t fully understand why the change had to be made. It is what it is, though. It seems like, regardless of the fixture, players will always get hurt on international duty, Adam Lallana already suffered a knock for England this season. I’m not incredibly concerned, and maybe it’ll help the players internationally keep their competitiveness up while fans can enjoy some slightly more meaningful international soccer. That’s my more optimistic side.

Bob: I think it is great, as there aren’t enough competitive friendlies.  Too often multiple players withdraw from friendlies for any reason ranging from a mild headache to their professional club simply asking them to.  This change will create meaningful, competitive matches between big countries, give national teams the opportunity to develop players and tactics, and give young players a chance in competitive matches, prior to the Euros.  I think it is a great idea.

Dave: To be honest, since the US’s debacle in the hex, I have paid very little attention to international soccer outside of the World Cup. However, I’m just not wanting players to get hurt. At least in Europe.

Marc: My concern, first and foremost, as it is with any international play, is that the players don’t come back to their club seasons with some kind of injury. Too often, especially among the English players, have Liverpool’s starters returned to sit the bench while crucial fixtures go by in the EPL, CL, and FA Cup. While I understand the desire to play for (queen and) country, I’m more interested in seeing them play for the people that are paying them. As Dave mentions, my interest in international play is pretty much confined to the World Cup and the Euros, which both only take up every other summer.

5. Finally, labor strife in La Liga. Sending Barca and Girona to the US for a league game, something the players are already opposed to, and then banning any Catalan symbols from the stadium, seems laughably self-defeating for the league. What happens if the two teams refuse to participate? Will the rest of the league support them? Could there be a midseason strike?

Ryan: I really dislike the moving of domestic games overseas. That goes for La Liga and all international football leagues, but also for domestic leagues like the NFL’s London series, unless it’s a neutral site collegiate game. If La Liga truly cared about exposure in the states, they should get a better television contract over here. BeIN Sports is a channel that my parents (who have cable) do not have, and they have half a dozen ESPN channels, more than one NBC Sports channel, and at least four Fox Sports channels. BeIN is not a credible American television station and it hurts their game overseas. NBCSN has been absolutely vital in making the Premier League easy to watch in the U.S., I truly believe that. La Liga is, for my money, the second or at least third best league in the world. They need the television contract to match.

Bob: La Liga is a great enigma as Real Madrid and Barcelona have large worldwide followings, the league was given prime opportunities in the past such as being shown on ESPN in the US, but the league has just never really gotten any attention in the US.  Of the soccer market that does exist in the US, the Premiership continues to be the only league among the Euro leagues that seems to attract viewers.  It is a bold move by La Liga to try and break into  the US market.  If they really wanted it to work, though, they needed Real Madrid or Barcelona to make the $80 million offer for Christian Pulisic.  A competitive match in the US featuring a marquee team and a starting Pulisic would, in my opinion, have been the boost to get La Liga attention in the US.   Bringing a couple of matches here might get a little bit of attention, but not enough to challenge the Premiership’s stature among the limited TV market there is in the US for Euro soccer.

Dave: Again, this is a bit outside of my scope. I’ve never really followed La Liga aside from scores/highlights of their top teams. Maybe they are trying to market to me, then? I’m probably going to pass for now, though. If there is a work stoppage, it might be good practice for the Fall World Cup of 2022?

Marc: Apparently this is making progress, as both Barca and Girona made a formal proposal to the Spanish FA to move the game to the United States. I still think it’s mildly insane, not only for what it says to the Spanish audience (“American dollars are more important to us than Spanish Euros. Or Spanish fans.”) but the overtly political nature of taking two of the Catalan teams to another country and then forbidding people from displaying the Catalan flag (which, uh, is part of Barcelona’s badge; just FYI) or other Catalan symbols, strikes me as mildly insane.  The stories coming out from the players find them still utterly opposed and it’s odd that the clubs are reportedly making the formal request, as this started out as simply a marketing exercise by the league, not the clubs. It’s all rooted in a desire to make up the distance that the EPL has opened between itself and the rest of the big leagues, which is fine, but as Ryan notes, the easier way to do that is by getting coverage on a more accessible TV channel.