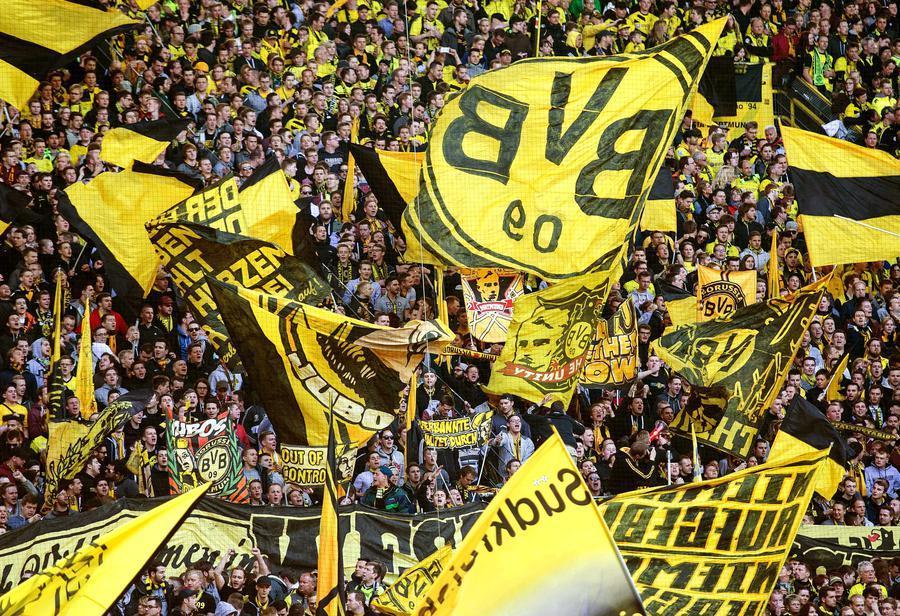 Dortmund barely realized the game was started when they found themselves under siege. The return of Ralf Rangnick to RB Leipzig’s bench as the man in charge saw five Leipzig players pressing aggressively in the Dortmund end from the very first kick. Appearing caught off guard, Dortmund nervously found themselves unable to clear and behind after only 31 seconds as Yussef Poulsen headed the ball into the path of Jean-Kevin Augustin and he slid it past Roman Burki. Axel Witsel, Manuel Akanji and Abdou Diallo all reacted far too slowly to the aggressive play from Leipzig. And Dortmund’s struggles didn’t end after the first goal. For fifteen minutes Dortmund appeared to lack any ideas as to how to clear the ball out of their own end, while Leipzig smelled blood and continued to aggressively attack.

Gradually, though, players including Marco Reus and Christian Pulisic, were dropping deeper to create outlets for Dortmund and eventually they were starting to push the ball out of their own end and pressure Leipzig. There was still a scary moment or two, though, such as Augustin’s one-on-one with Burki, which required the keeper to make a miraculous save.

But Dortmund’s confidence made its first appearance in nearly a year when Mahoud Dahoud intercepted a ball and started a Dortmund attack that immediately led to hopes that Dortmund was about to pull even in the game. When Dahoud fed the ball to Max Philipp in the center of the field who quickly pushed it out to Marcel Schmelzer, the euphoric fans knew something special was happening. Schmelzer blazed deep into the Leipzig end and hit a cross back into the middle for Dahoud. The ball was slightly behind Dahoud, but he laid out in the air feet forward and somehow was still able to smash the ball down with his head for an unstoppable goal. 21 minutes into the game, and there was absolutely no doubt the new season was officially started, Dortmund was back, and Leipzig, despite the incredible start, was in for a long day. 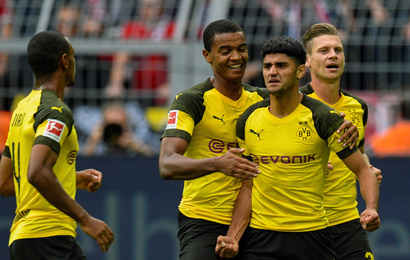 Less than twenty minutes later, the game was basically over. Pulisic was brought down in the Leipzig end and the free kick was awarded. As Marco Reus eyed the goal, Dortmund fans’ hearts raced in anticipation, hoping their captain was about to make something marvelous happen. Pulisic made the fake run over the ball and Reus hit a beautiful shot to the inside post. Leipzig’s Marcel Sabitzer, though, attempted to head the ball out but only managed to redirect it towards the far post leaving his goaltender no opportunity to make a save whatsoever. Dortmund was ahead and the massive 81,000+ crowd at Signal Induna Park were hungry for more.

They wouldn’t wait long. A period of continued Dortmund pressure saw Pulisic place a corner kick perfectly right into the box for the new midfield muscle Thomas Delaney, who smashed a powerful header at goal that required a fantastic save from Leipzig’s Peter Gulacsi. Gulacsi could do absolutely nothing, though, when another Dortmund new man, Axel Witsel, made an incredibly acrobatic bicycle kick striking the rebound of Gulasci’s great save right back past him. Easily the highlight of the weekend in the Bundesliga.

As the first half ended, a loud and boisterous Dortmund crowd knew the second half would be all about protecting the two-goal lead and springing the counter. Over the next forty-five minutes, Leipzig managed to create two great scoring chances, including a tremendous blast from Lukas Klostermann, but Burki was up to the task, supplying two more top shelf saves to thwart any Leipzig threat. Finally, the icing on the cake came late when second half sub Jadon Sancho flashed his incredible speed along the left sideline and slid the ball in for a rushing Marco Reus, who easily finished, scoring his one-hundredth Bundesliga goal.

At the end of the day, Leipzig is still a very young team, and while Dortmund also has some young players, the technical skill, speed, and elite finishes of the Dortmund players simply were too much for Leipzig. Whether or not Dortmund can challenge Bayern for the Bundesliga title remains to be seen, but the incredible finishes of Dahoud and Witsel, the perfect corner kick from Pulisic, the powerful header from Delaney, the late speed of Sancho, and the class and routine finish of Marco Reus made for a fantastic start to the new season and hopefully a sign that this Dortmund team can challenge for the title.